A tour of Al Karak in Jordan gives you the opportunity to see many of the historical ruins and wonders of the country. Even if you are not a history buff, the site (also known as Kerak) is bound to impress. 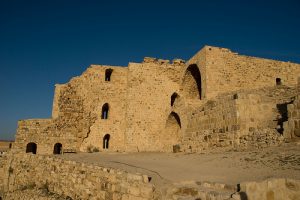 The city is situated along the King’s Highway. If you are at the capital Amman, it is 124 km to the south. You can get to the site by minibus.

The Citadel of Kerak is the highlight of any trip here. This used to be the stronghold of the Crusaders. When Saladin came, the place was wrecked and abandoned. Today one can still see the ruins and some of the corridors.

The site was abandoned for five hundred years, but a tour of Al Karak in Jordan will show that it is still an impressive complex. Another site you will want to visit is the Karak Archaeological Museum. This is located at the castle’s lower court. There is information here about the archeology and history of the castle.

The area has been inhabited since the Iron Age. The place was known as Qer Harreseth in the Bible. The city became very important to the Moabites. According to the Bible, it was the site where the Syrians went to prior to their settling in the northern Palestinian region. After some time the city fell to the Nabateans.

In 105 AD, the place came under the control of the Romans. The first tribes to settle in the modern area is the Al-Ghassasneh tribe. The late Hellenistic Period saw the city become prosperous. The city was known as Areopolis under the Roman Empire. It would also be known as Harreketh.

Right next to the Citadel is the Karak Rest House. It has good food and excellent vistas of the Dead Sea. The place also serves up beer. You may also want to try out the Delicious Meal Walk. It is not far from the castle either.

If your tour of Al Karak in Jordan will last for a few days, you can stay in any of the hotels and lodging places nearby. There is the Cairwan Hotel and the Al-Kemmam Hotel. You can also try the Al-Mujeb which is 3 miles away.