Al Mocha in Yemen (also spelled Mokha) used to be one of the country’s major port cities. Even though Aden is now the premiere port, Mokha is still an important city.

The city is situated 94 km to the west of Taiz. It is on the country’s Red Sea coast. It is possible to get into Yemen by crossing the Yemeni-Omani border. The same thing can be done at the Saudi Arabian border. You can also ride the buses running in the Arabian Peninsula.

The city is best known for its historical landmarks and buildings. The most prominent of these is the Shazli mosque. The edifice has been standing there for nearly 500 years. Its unique design and rich history makes it a must see.

Al Mocha in Yemen is also well known for its beautiful scenery. Particularly striking are the beaches at Yakhtal and Malik. There are also several palm trees around the city. 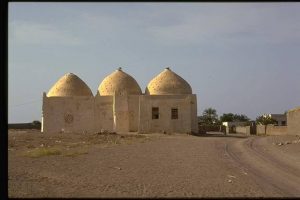 As a port city and coffee producer, Mokha became well known during the Renaissance up to the 17th century. It also engaged in trade with European merchants during the same period. Today, it has been superseded by other cities in the port business.

Today, the city no longer functions in terms of large scale trading. The bulk of the city’s economy is centered upon fishing. Tourism is also heavily relied upon. Its location has been moved by 3 km west by the Red Sea. This became necessary as new highways had to be built in its original spot.

A comprehensive tour of the city and the country can cost hundreds of dollars. You may be able to find cheaper tour operators online. The fares for buses differ depending on where you are coming from.

Crossing the Omani and Saudi Arabian borders can be difficult. It may be easier if you get a cop to go with you while in the taxi. This will cost about $30.

The city is famous for being a coffee marketplace from the 15th to the 17th centuries. Their coffee beans were sought after for the chocolate-like taste. It is from these beans that the word mocha became associated with coffee and chocolate.

Al Mocha in Yemen was also well known for being a port. During the mid 1700s, historians stated that its harbors frequently hosted European ships.