Al Qal’a of Beni Hammad is one of the best preserved archaeological sites in Algeria and Africa. It is also known as the Beni Hammad Fort. 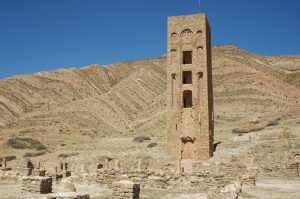 The ruins of the city fortress is situated in the mountains to the northeast of M’Sila. The elevation is 1,418 meters. The fort is also close to the Maadid town. This is 225 km off Algiers. This is in Maghreb.

The large mosque is one of the most notable features on the site. The area is also well known for its beautiful landscape and hills. Excavations have unearthed ceramics, coins, jewels and terracotta. Archaeologists have also discovered numerous fountains.

Many of them employ the lion as a motif. The palace of the emir has three distinct homes. These are segregated by the pavilions and gardens.

The fort is the site for the first capital of the Hammadid empire. The ruins of the palace is known as the Dar al-Bahr, the Lake Palace. It is so-called due to the pool. Rectangular in shape, it measures 67 by 47 meters.

The Al Qal’a of Beni Hammad was created by Hammad ibn Buluggin in 1007, the offspring of Buluggin ibn Ziri. Ziri founded Algiers, which would be the future capital of Algeria. In 1152, it was partially wrecked by the Almohads.

Records show that the ramp on the end of the pool was used for propelling sea vessels. A portico surrounds the pool. The entryway is from the eastern side. On the western side of the pool is an elevated entrance.

Studies show gardens and a courtyard were also built. On the outer palace walls, the gardens extended fully. This area has not been fully explored by archaeologists. Preliminary diggings have unearthed fanciful fountains though.

The total cost will largely depend on what tour operator you go work with. If you are traveling by taxi, remember that few have meters. Many tourists prefer to negotiate for the fare instead. It will usually cost at least $4. Bus fares are less expensive but not as comfortable.

The 20 m high minaret is one of the most remarkable remains in the site. It is constructed of sandstone blocks. Closer examination will show some of the blue ceramic ornaments are still there. Remains of a bath can also be seen.

In spite of its elevation, the fortress still gets lots of water from the surrounding plains. In 1980, the Al Qal’a of Beni Hammad was declared a UNESCO World Heritage Site. 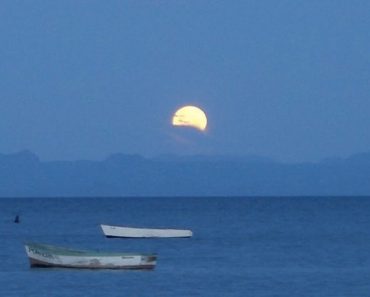