The Al-Sha’ab Leisure Park is one of the most modern entertainment parks in Kuwait. Its state of the art design is matched only by the different attractions on offer. 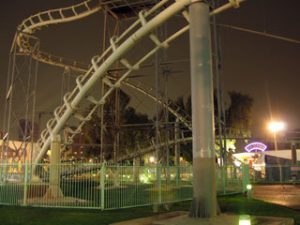 The park is in the southern portion of the country. If you are at Arabian Gulf Street, you will be able to see the park. It is 3 kilometers from the Kuwait Towers.

The park is famous for its rides, particularly the roller coaster. The more adventurous types will enjoy bungee jumping. If you love tennis, there are facilities available. You can also play snooker there.

In another area of the park is a cinema where you can watch movies. There is also a theater near it. The Al-Sha’ab Leisure Park has many outlets where you can purchase refreshments.

The park covers an area over 140,000 square meters. There are many indoor games and rides to choose from. You will also find an ice skating rink and roller skating rink. The park also has a shopping section where you can get different items.

The country was founded in 1705 by the Bani Utbah tribe. The country benefited from its pearls. During the 1920s, Kuwait was recognized as a province distinct from Iraq. Under the Anglo-Ottoman Convention, it was given autonomy.

With the advent of artificial cultivation of pearls, the country’s economy almost collapsed. This was because it was heavily dependent on pearls.

But in 1938, oil was discovered in Kuwait. This would help bring its economy back to its feet. In 1941, Britain took control of Kuwait. In 1961, Kuwait became independent. After Iraq occupied Kuwait in 1990, the United States led several counties in an effort to free the country.

The park also has many areas devoted to games and other amusements. For outdoor enthusiasts, there are many other attractions as well. One of the reasons why it has become popular is it is well maintained.

The Al-Sha’ab Leisure Park was constructed by the Kuwait Commercial Markets Complex Company. Today it is visited by more than 800,000 people yearly.