Al Ula Saudi Arabia is one of the most fascinating tourist destinations in the country. It is a historical oasis with many interesting features.

This oasis can be found 110 km southwest of Tayma. This is at the northwest of Arabia.

This historical site is famous for the artifacts unearthed there. It used to be a center of Arabian civilization. Remains of the civilization have been found. Several carved tombs can be seen as well. The Hijaz Railway, a structure constructed by the Ottomans used to be nearby.

Some ruins are still visible today. About 45 meters over the site is a castle. It has a commanding view of the whole town. it is known as the Castle of Musa bin Nuseir. He was a general who reigned over North Africa. The mountains in the area have some unique rock formations. The modern section of the city is filled with museums and restaurants.

The history of the oasis is divided into many periods. The Dedanite kingdom covers the period from the 6th to 7th century. In the Harran inscriptions, Dedan is mentioned as one of the kingdoms that King Nabonidus of Babylonia conquered. The next 400 years up to 100 BC was the Lihyan Kingdom.

The Nabataeans reigned over the area until the year 106 when the Romans wrestled control of Petra, their capital. The Nabataeans then made Hegra the new capital. Al-Mabiyat would soon become the commercial center of the area. It became prosperous until 1230 or so.

It was in the 13th century when Al Ula Saudi Arabia city was constructed. Lihyanite and Dedanite ruins were utilized in its building.

Airfare costs vary depending on the season and where you come from. Daily costs for travelers will be around 50 USD for budget and 100 USD for midrange. A daily budget of 200 USD will allow you to splurge.

If you are in the area, don’t forget to check the oasis. The mere sight of the oasis is breathtaking as it is rare in the country. The area is also known for its many wells. There are numerous palm trees all around. Today it is also renowned for its palm groves, cliffs and dates.

Mada’in Saleh is a historical city close by. This site is just as fascinating, and well worth a visit. Most of the people who go to Al Ula Saudi Arabia visit this place too. 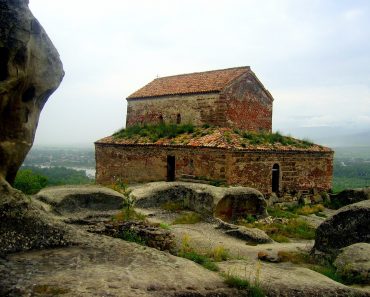