Angel Falls in Guayana is one of the most spectacular sites in Venezuela. It is the highest waterfall in the world. It is truly one of the greatest spectacles of nature.

The Falls is reached via Canaima National Park. This is at Venezuela’s Gran Sabana region. This is in the southern Bolivar Straits. The only way to reach the park is by flying in.

Angel Falls in Guayana has an 807 m uninterrupted drop. The heights of the Falls are spectacular enough, but so is the environment. Grasslands encompass the area. Rich, thick jungles sandwich the rivers. There are also flat-topped mountains nearby. 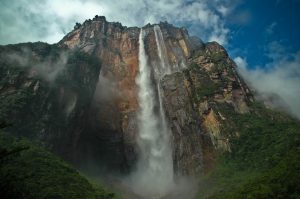 A variety of wildlife exists in the area. There are many types of orchids, poison arrow frogs and monkeys. Giant anteaters, capybaras, tapirs, pumas and jaguars can be seen.

The Falls’ name was given in honor of Jimmie Angel. He was the American pilot to first see the waterfall. Its Spanish name is “Salto Angel”. They are also called Churun-meru. This has been a source of confusion, as there is another waterfall in Canaima National Park with that name.

Its height is 979 m (3,212 ft). Its height is such that majority of the water dissipates before even reaching the ground. The water either evaporates or it is carried by the wind. The Falls’ base goes to the Kerep River.

It subsequently heads to the Churun River. It should be noted that the plunge encompasses a slope 400 m (0.25 mi). The slope includes rapids and cascades with a 30 m (98 ft) plunge.

When you get to the park, you have to pay an entrance fee of 4 USD.

Besides the falls, the Canaima National Park offers other attractions. One of these is a journey to the 700 square km Auyan-tepui plateau. The Uruyen trek is challenging; it may take three days. Those who love challenges will enjoy the ascent on the rock wall.

Tours at Angel Falls in Guayana via motorized dugout canoe can be arranged. On the first day, you will be taken to the base camp. From there, you are 60 minutes away from the Falls. 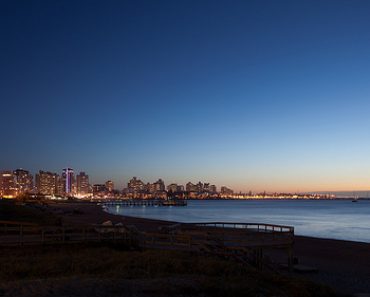