Anuradhapura – Sri Lanka is an ancient city in the country where travelers can feast their eyes on breathtaking ruins that depict the country’s cultural as well as religious history from its ancient civilization.

Anuradhapura is situated about 205 kilometers off the northern parts of the country’s capital city of Colombo, on the embankment of Malvathu River.

You can reach Anuradhapura – Sri Lanka via land travel, the easiest way to get into the ancient city. You can take a car hire service or taxi from Colombo, which has the nearest airport to Anuradhapura.

There are also buses that leave Colombo going to the ancient city and the ride usually takes about four to five hours. Buses, taxis or private cars pass through the A9 Highway which will lead directly to Anuradhapura.

Traveling by train is also possible since there are two train depots right in Anuradhapura which will take you to and from Colombo.

Once you step into the ancient city of Anuradhapura – Sri Lanka, you will immediately be awestruck by the fascinating ruins that have made the city a UNSECO World Heritage Site.

Ruwanwelisaya stupa is a sight to behold with almost two thousand stone elephants guarding the place. It was constructed after the defeat of King Elara by Sir Lanka’s King Dutugemunu.

Thuparamaya shrine is said to keep the collarbone of the Buddha. It was built after Theravada Buddhism was introduced to the country. The original dagaba was built by King Devanampiyatissa but has since been renovated and improved as it saw devastation in the early times.

Of particular interest is the Sri Maha Bodhiya which is a tree considered as sacred by the Buddhist faithful. This is also seen as the oldest living tree around the world, having been planted some time in 245 BC.

It is said that it was under this tree that the Buddha “received enlightenment,” hence; this tree is also known as Tree of Enlightenment.

There are many other stupas and dagabas surrounding the sacred city of Anuradhapura – Sri Lanka, each with its own fascinating story to tell.

Since the 4th BC, Anuradhapura – Sri Lanka was the capital city of the country as declared by King Pandukabhaya. During his reign, he built a reservoir within the city, several yakkha shrines, dwellings and established borders for the villages.

The king’s son, Mutasiva, took over the city and ruled Anuradhapura for 60 years. Later on, Mutasiva’s son succeeded him as king of Sri Lanka. It was during this time that Buddhism was introduced to the people of Sri Lanka.

AS Buddhism flourished in country, so did the city of Anuradhapura – Sri Lanka. More infrastructures were developed. It was in 11 AD that Anuradhapura ceased to be the country’s capital city.

Buses from Colombo to Anuradhapura cost 107 up to 210 rupees while train rides in the first class section cost about 420 up to 520 rupees; third class is about 191 up to 309 rupees.

Modest accommodations range from $25 up to $65 or their equivalent in rupee.

For your souvenirs, there are street-side vendors in the old part of town that sell everything from replicas of ancient artifacts to postcards while for your holiday essentials, there are modern shops located within the new part of town. 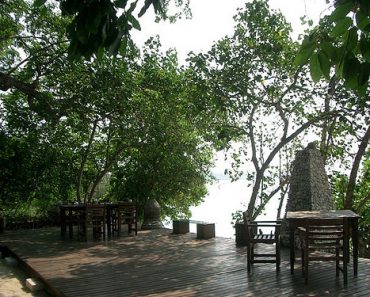