Asuncion – Paraguay is the capital city of the country and also its largest. While it may not be your usual tourist destination where beaches, beautiful mountains, lush forests and picturesque landscapes can be found; it is nevertheless an excellent place to visit as the town has a charm of its own that you will not find in any other city in the country.

Asuncion – Paraguay is located on the left embankment of the Paraguay River and the northwestern part of the Bay of Asuncion. The Central Department surrounds most of the city.

The best way to fly in to Asuncion – Paraguay is via Buenos Aires, Sao Paolo or Lima as the international airports here have non-stop flights from major cities around the world.

Driving is not recommended especially to first-time travelers as the roads are pretty rough.

Once you get to Asuncion – Paraguay, you can easily explore most of the town on foot.

There are quite a number of sights that you can see here. First, there is the Pante?n del los Heroes where you can find the tomb of the “unknown soldier” and many other soldiers who fought in one of the many wars that the country went through.

Of particular interest while visiting this sight is the changing of the guards which takes place on alternate days. 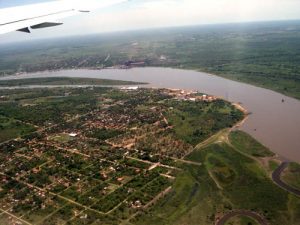 You can also check out the Municipal Museum where you can see a modest display of various items related to the former tram line in the later 1800s. There is also the National Cathedral located just across the square.

For a look at some of the works of local artists, you can visit the Visual Arts Museum which displays various temporary exhibits of Paraguay’s national artists.

Asuncion – Paraguay takes its name from Mother Mary, particularly pertaining to the Assumption of the Virgin Mary. Asuncion translates to assumption. The official name of the city is The Very Noble and Loyal City of Our Lady Saint Mary of Assumption.

The city is one of the oldest in South America having been established in 1537 by Juan de Salazar y Espinosa. It is said that a Spanish conqueror by the name of Juan de Ayolas visited the city in his search for a means of going to the mines of Alto Perú, which is now known as Bolivia.

Juan de Salazar came looking for him but Ayolas was nowhere to be found. When de Salazar needed to get supplies for his ship, he stopped by the left embankment of a bay and he found the residents here to be quite warm and friendly.

This made him decide to build a fort here and owing to the fact that this was done on August 15, the feast of Our Lady of Assumption, he decided to call it Nuestra Señora de la Asuncion.

Budget accommodations are available in hostels where you can get a room for only USD 9 per person, per night. However, if you wish to stay in more luxurious rooms, hotel rooms cost about USD 41 up to USD 249 per room, per night depending on the specific hotel of your choice.

As for dining out, you can get a good meal for as low as USD 5 per person.

It can be pretty hot and humid in Asuncion as well as the rest of Paraguay and you will find that most establishments and homes have their doors open to let in the air.