The Banias in Mount Hermon is one of the most important archaeological sites in Israel. If you are interested in the ancient history of Israel, this is a must-see. 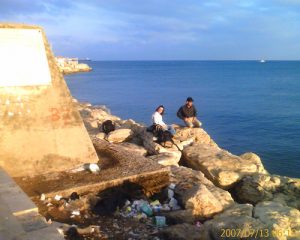 Several ancient temples and artifacts have been unearthed. A grotto has also been uncovered as well as tools used for rituals. Several courtyards have also been discovered. The ruins of the Temple of Pan have been excavated as well.

There is also a four-line inscription that has been unearthed at the foundation of one of the niches. The Banias in Mount Hermon niche is about Pan and the mountain nymph Echo. This has been dated to 87 CE. There is also the Nahal Hermon stream. This used to be a spring that flowed from a cave.

The site was known as Paneas in ancient times. It was first settled in during the Hellenistic era. This took place following the conquest of Alexander the Great of the east. During the 3rd century BC, the Ptolemaic kings created a cult center there. The site also became known as Fanium after the Greek god Pan.

Paneas was a sacred site during ancient times, and worship of Pan became widespread. According to the Synoptic Gospels, Jesus came close to the site but did not enter it.

After the death of Zenodorus in 20 BC, Paneas was included in the kingdom of Herod the Great. It was Herod who created the white marble temple for himself. In the writings of Flavius, the place is referred to as Caesarea Paneas.

The entrance fee to the springs and waterfalls close by is NIS 27 for adults and NIS 14 for a child. The rate for a group (30 people or more) is NIS 22 per adult and NIS 13 for children. The rate for senior citizens is NIS 14.

The spring comes from the base of Mount Hermon. You will see this flowing from a canyon. This will take you to the waterfall. The waterfall is one of the most impressive sights in Israel. 9 km from the source, the Hermon Stream joins with the Dan.

The Banias in Mount Hermon is one of the most important historical sites in the world. Aside from the complex and artifacts mentioned, there are many more that are just waiting to be discovered.