A Banska Stiavnica tour is like taking a trip into the past of Slovakia. A UNESCO World Heritage Site, it is one of the most impressive historical sites in Europe. 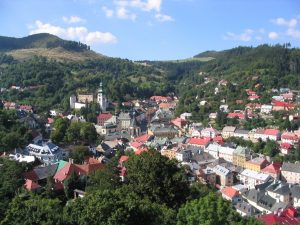 The town is situated at the center of Slovakia. You can get there by taking a bus from Bratislava. You can also take a train ride from Hronska Dubrava.

One of the most interesting sites is the Town Monument Reserve. Many of the artifacts uncovered here are related to 12th century mining. Mining lamps, ceramics and other items have been uncovered. There is also the Old Town and the Terezia Shaf.

A Banska Stiavnica tour may also include a visit to Sitno, the tallest Bronze Age hill fort. There is also the Holy Trinity Square, the town hall and Kammerhof. This is the biggest building around the town. It is noteworthy for the various architectural styles.

The town is set within a giant caldera. This was produced by the collapse of a volcano. The earliest settlers on the land occurred during the Neolothic period. The oldest mining settlement dates from the third century BC. This was established by the Huns. The Slavs would eventually inhabit the area.

The Slavs would strengthen the site during the 10th and 11th centuries. During the Middle Ages, the town became known for the production of silver and gold. It was known as “terra banensium”. By the 13th century, Germans had also settled in the site.

The area was declared a royal town in 1238. The town was also used as a mining industry center. It was also here in 1627 that gun powder was utilized for the first time in mining.

Costs of Slovakia tours depend on the amenities. An 8 day stay will cost around 1000 Euros per individual. This rate will include hotel accommodation, luggage transfer, bike rentals, guides or car transportation etc. Cheaper tours are also available.

Another interesting building is the Knocking Tower, built during the late 1600s. There is also the Stary zamok, a 13th century basilica built in the Romanesque style.

A Banska Stiavnica tour will also bring you up close with the Church of St. Catherine, the Church of Ascension of the Virgin and the Evangelical Church.