If skis and slopes are what you are looking for, head off to Bansko – Bulgaria; one of the best ski resort towns in the country. Bansko however, is not only popular during the winter season; but is also fast becoming a favorite vacation destination in the summers.

Bansko – Bulgaria is located in the southwest section of the country. It sits right on the northeastern slopes of the Pirin Mountain Range.

The nearest airport to Bansko – Bulgaria is the Sofia Airport which services international flights from different parts of the globe. From the airport, you can get an airport transfer which can take you straight to Bansko or you can also get a taxi.

There are likewise bus services that regularly ply the Sofia – Bansko route. Bus rides usually take about two to three hours depending on weather conditions.

The beautiful mountain slopes are already a sight to behold when visiting Bansko – Bulgaria. However, there are many other sights that tourists can visit after you’ve had your fill of skiing down the slopes. 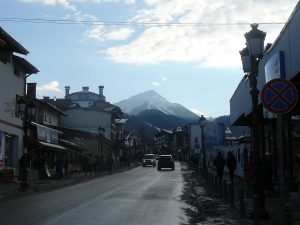 Head off to Belitsa Bear Park where you will find the Four Paws Bear Sanctuary. This sanctuary provides a stable home to rescued bears that were previously used as show bears.

You may also catch the International Jazz Festival otherwise known as Bansko Jazz Festival, an annual music festival that visitors from all over the world attend each year.

There are various tales that surround the beginnings of this town where claims that Dobarsko natives were the ones who founded the town; while others claim it was actually founded by an Italian painter who goes by the name of Ciociolino; and finally, that a Slavic tribe was the founders of this town.

Archeological finds however trace the roots of Bansko – Bulgaria back to the times of the Roman Empire. As to all of these claims, there is not one fool-proof evidence pointing to one particular “founder.”

For accommodations, 3-star and 4-star hotels can cost about €40 a night for a double room.

There are also self-catering accommodations in Bansko – Bulgaria and these can cost about €150 up to €700 per week.

Bars, cafes and restaurants abound in Bansko and these offer local food fares as well as international cuisines. Cost per meal per person is usually around €10.

Ski slopes in Bansko – Bulgaria are ideal for beginners, advance-level and expert skiers. There are on-site ski instructors that can teach both kids and adults.