The spa town of Bardejov in Slovakia is a UNESCO World Heritage Site. It is one of the best preserved medieval towns in Europe. 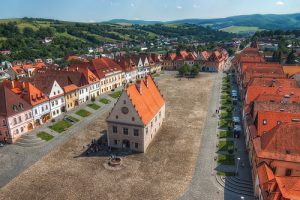 This town is in the region of Saris in the northeast part of the country.

The medieval town is acclaimed for its perfectly preserved monuments and structures. The medieval center has been preserved entirely. The church of Sv. Aegidius is one of the most dominant features of the town. This is a 3 nave basilica with several chapels.

First mentioned in the 1240s, it was completed in the 15th century. It is one of the main tourist attractions in Bardejov in Slovakia due to the 11 Gothic winged altars complete with stunning paintings. There is also the central square, formerly the marketplace of the medieval town. It is encompassed by Renaissance and Gothic burghers houses. They are among the top attractions in the town.

Presently, the town has 33,000 residents. The area making up the town has been inhabited since the Stone Age. But the earliest record mentioning the town was in 1241. That was when monks living in the area complained to King Bela IV about the town borders being trespassed by Presov.

There is evidence the Sv. Aegidius (St. Giles) church had already been constructed. The town was also a business center engaged in trade with Poland.

In 1376, it was accorded the status of a royal town. Its prosperity ended in the 16th century when a series of wars and pandemics broke out. However the town has been well preserved, allowing it to become a tourist destination.

Travel tours to the country are available in different packages. A 7 day tour will cost about 908 USD to about 1,200 USD. With these packages, you don’t just get to see the town, but also ancient churches, the Spis fortress and other interesting sites in the country.

Another interesting edifice is the town hall built in the early 1500s. The upper portion is in the Renaissance style while the lower part was constructed in the Gothic style. Equally compelling are the town walls and fortification system. Thee date from the 15th century. They are among the best preserved walls in Slovakia.

The Bardejov in Slovakia is also known for Bardejovske Kupele. This is a spa town a couple of kilometers away. People frequent this place due to the water, which is said to have therapeutic and healing powers. 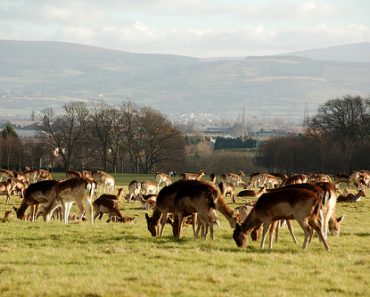