Belzma National Park in Batna has long been one of the most fascinating destinations in Algeria. If you are going to visit the country, this is one site you ought to check out. 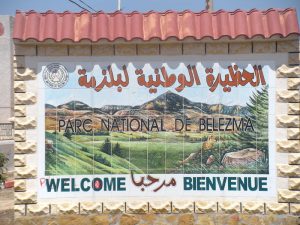 The park can be found in the Batna province in Algeria. The capital city bears the same name as the province, and is one of the major cities at the Chaoui area.

The park is over 260 kilometers long. There are over 300 fauna species in the park and over 400 flora species. Over 50 of those species are endangered and thus on the protected list. Apart from its diverse fauna and flora, the park is known for its climate.

The climate ranges from dry semi-arid to cool sub-humid. Of the total flora in the site, they comprise 15% of the total in the country.

The most endangered animal in the country is the Serval, a wild cat. This is a wild cat that lives in the savanna. The animal is long legged and is slender. Its tawny fur has dark spots. These are nocturnal solitary creatures.

The Atlas Barbary Sheep (Ammotragus lervia) is a type of goat-antelope. This is a rare animal that can be seen at the Belzma National Park in Batna.

The park was established in 1984. Since that time, it has attracted hundreds of thousands of visitors. The city itself came into being in 1844 when a military encampment was set up by the French.

The objective was to create an access point to the Sahara. Its geographical location provides a natural break at the Atlas Mountains.

Taxi fares are quite cheap. If you are coming from the airport and going to the city, the fare will be around 600 dinar ($4). Bus fares will cost around 25 dinar. Note that some taxis do not have meters. In this case you will have to make arrangements with the driver.

The Dorcas Gazelle (Gazella dorcus) are also in the park. They are known for being able to live with very little water. Adapted to live in the desert, the animal derives all their nutrients from the plants they eat. The animal is included in the IUCN Red List of Threatened Species.

Belzma National Park in Batna is best known for wildlife watching. But it is also a good place to go hiking. The unspoiled natural environment makes the place ideal for hiking enthusiasts.