Owing to its natural importance, the Bialowieza Forest is on the UNESCO World Heritage list. It is the last European primeval forest dating from the last Ice Age. It is home to some of the most unique and exotic animals in the continent.

The forest is on the outskirts of the town of Bialowieza. It is between Poland and Belarus. The town is 260 km from Warsaw. You can get there by train, bus or car.

No direct bus lines from Warsaw exist. The best option is to board a Bialystok bus then get on a bus bound for Bialowieza. If you are going to use a train, choose the one going to Hajnowka. Afterwards you can ride a taxi or bus to Bialowieza. 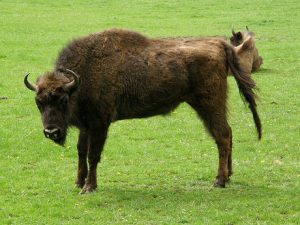 types of birds including woodpeckers, Hazelhen and Black Grouse. The Bialowieza Forest is also home to wild boar, red deer and Red-backed Shrikes.

For years, the whole of Eastern Europe was covered with virgin forests. It wasn’t until the 14th century that construction of bridges and roads in the area began. The land fell to King Wladyslaw II Jagiello in the 15th century.

1538 marked the first instance of a law protecting the forests. King Sigismund I issued a decree stating that any one who killed the bison would suffer the death penalty. Following World War II, serious efforts to expand the bison population began.

The total expenses will be based on the trip duration and the amenities provided. If food, lodging, guides and payment for entrance fees are included, expect to pay $1950.00 per individual. With some tour operators, a $500 dollar will be required. Note also that these trips will have a limit for the group size. If it is just a tour (minus the extra amenities) there cost will start at $165.

The most primeval portion of the forest is open only for guided tours and scientific expeditions. Most of the time, tourists are permitted only to visit the forest’s outer edges.

If you are going on a Bialowieza Forest tour, make sure to specify the number of people with you. In many cases, the cost will be lower compared to buying tickets individually.