Pyramids are usually associated with Egypt, but such ancient structures also exist in other places such as Mexico, India, and even China. Another seemingly unlikely site to find pyramids is the town of Visoko in the Southern European country of Bosnia, although there is some dispute as to whether the massive triangular form that sits there really is what it appears to be. 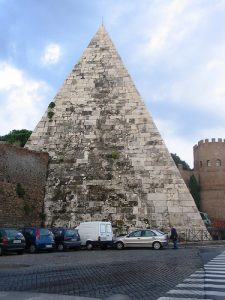 Visoko is around 30 kilometers northwest of the Bosnian capital city of Sarajevo, and there are regular bus routes that will take passengers from Sarajevo to Visoko and back. Bosnian tour companies usually include tours to the Bosnian Pyramids in their schedules, though one can also book a tour to the Pyramids alone.

Measuring 213 meters, the hill of Visocica is truly an awe-inspiring sight. It is famous for its nearly pyramid-like shape, which would give rise to the idea that it is actually an ancient man-made pyramid. Whether or not this theory is true is the subject of debate, but it has nonetheless captured people’s imaginations. Visocica has been designated as the Pyramid of the Sun, while 2 nearby hills have been named the Pyramid of the Moon and the Pyramid of the Dragon. There are supposed to be 2 more Bosnian Pyramids, the Pyramid of the Earth and the Pyramid of Love. Regardless of what one believes, what’s certain is that there actually are ancient ruins located on the hill. This is the Old Town of Visoki, a small medieval town measuring 60 by 25 meters.

The pyramid-shaped hill Visocica was the site of the 14th century medieval royal castle town, the Old Town of Visoki. Serving mainly as a defensive outpost, it was also the setting for the signing of many important documents in medieval Bosnian history. The town and the castle were both heavily damaged during the occupation of the Ottoman Empire. As for Visocica itself, the claim that the hill is really part of a grouping of ancient Bosnian pyramids was made in October 2005 by a Bosnian metalworker and amateur archaeologist named Semir Osmanagic. According to Osmanagic, the supposed pyramids were built by the ancient Illyrians, who were said to have lived in that region from 12,000 to 500 BC. Osmanagic began excavations into the hill in April 2006, supposedly uncovering tunnels, stone blocks and mortars that seem to substantiate his hypothesis. However, Osmanagic’s theories and efforts have been greeted by vehement objection from the scientific community, who are concerned that his digs are defacing Visocica and causing damage to the real historical artifacts, such as those in the Old Town of Visoki. Science maintains that the hill’s pyramid-like shape is a natural geological formation, and that the prehistoric inhabitants of the area would not have had the means and knowledge to construct such a man-made structure.

According to Osmanagic, the full height of the Pyramid of the Sun is actually 220 meters or 722 feet. If true, this would make it 1/3 taller than the Pyramid of Giza; basically, in Osmanagic’s words, “The Mother of All Pyramids.”