Brod in Prizren is a fascinating little village in Kosovo. The one of a kind features in the village make it one of the main tourist destinations in the Balkans. 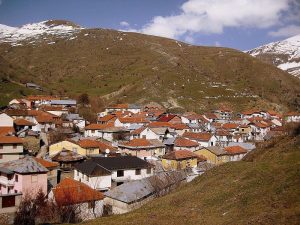 The village is to the south of Kosovo. This is at the Dragas municipality in the Gora region. From Prizren, you have to get on a bus that will take you to the Turbe road junction. From there you can take a minibus and go into the village.

The village has over 900 houses, with the majority of the inhabitants being the Gorani people. The houses themselves are interesting as they are made up of rocks and other materials. There are many cafes that sell pastries.

But the main tourist attraction of Brod in Prizren is the atmosphere. The feeling you get is that time stands still. A tour of the village will show the buildings are arranged around cobbled streets. There is also a canyon nearby.

The Illyrians were the earliest people to inhabit the area that makes up present day Kosovo. 300 years before Christ, Alexander the Great conquered it. During the 4th century, the area would be included in the Roman province of Dardania.

During the 12th century, Kosovo was under Slavic control. In 1190, Kosovo was the center for administration of the medieval Serbia. This rule would last for two centuries. In 1389 however, the Serbs were vanquished by the Ottoman Turks. Kosovo would then become a part of the Ottoman Empire.

In the 17th century, several Serbs left Kosovo owing to the successful military campaigns of the Ottoman Turks. This would lead to the settlement of Albanians into the land.

In February 2008, Kosovo gained Independence from Serbia after a long and bitter conflict. Its Independence is recognized by 76 countries. It is now a major tourist destination as well.

A guided tour of Kosovo will cost aobut 300 Euros.

There are a couple of hotels nearby where visitors can stay. There are also plans to develop the mountain slopes into a ski resort. Visitors to the site can also traverse the mountains through fields with wild raspberries all around.

Brod in Prizren also has some stunning mountain scenery. The locals also have their own unique dance, called the kolo, a two-beat dance emphasizing foot movements.