A trip to Bsharreh in Lebanon has become very popular with visitors to the Middle East. It is not one of the richest towns in Lebanon, but it is in the tourist zone.

Bsharreh (also Bsharri, Bcharre and Becharre) is at the Bsharri District of the North Governorate. It is not far from the Kadisha Valley. The town is below the Cedar forest.

The most direct way to the Cedars is via south of Tripoli from Chekka. From there you can head straight to the town. Another option is via Deir al Ahmar. This is at the Beqaa Valley.

If you make the trip to Bsharreh in Lebanon via Deir al Ahmar, you will get splendid vistas as you head up the Mount Lebanon slopes. From the crest, the Qadisha gorge, ski resort and cedar grove will be seen. Then you will see restaurants, clubs, hotels and other establishments. There are also souvenir shops nearby, 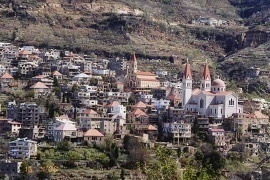 Its most famous attraction is the Cedars of the Lord. These are the oldest in the country. Four are 35 m high with a 14 m circumference. There is also a ski resort in the area.

The cedar is often mentioned in ancient texts, including the Bible. The ancient kingdoms of Persia, Assyria and Babylonia used the timber for building. According to legend, King Solomon used vast amounts of cedar to build his famous temple.

Cedar resin was used by the ancient Egyptians for mummification. Pitch was removed from the trees and utilized for caulking. During the 2nd century, the Emperor Hadran tried to protect them by installing markers at the edges of the forest.

There are many budget hotels in and around the area. Some of the more affordable ones cost $93 to $180. Travel tour package costs vary greatly depending on the amenities and the season. It is usually cheaper during the winter.

There are other sightseeing spots besides the cedars. Hadeth al-Jubbeh village offers a spectacular view of the Kadisha Valley. Another is Diman, where you can see the Qannoubin monastery. The Gibran Museum and Hasroun are also popular among visitors to the area.

If your trip to Bsharreh in Lebanon includes a visit to the Cedar of the Lord, keep in mind that an authorized guide is required. This is necessary to protect the site. 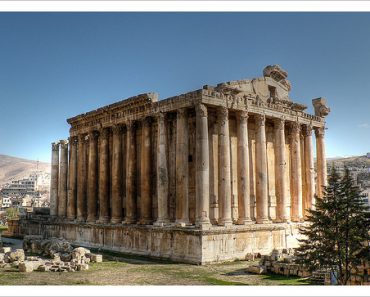