The Butrint National Park in Butrint is both an archeological and nature reserve. It was established in November 2005 to preserve the environment, landscape and archaeology of the area.

The reserve is located at Albania’s southwestern point. If you want to travel by ferry, Saranda is the nearest port. It is to the north of Butrint (19 km). There are also ferries you can ride if coming from mainland Greece. If coming from somewhere else in Europe, use the Tirana International Airport Nene Tereza.

The reserve covers an area spanning 85.91 square kilometers. A walkthrough of the area will show the different forms the town has undergone. You can examine the site’s origins, its expansion and the Christian influence. Other attractions include the lion’s gate, the churches and the museum. 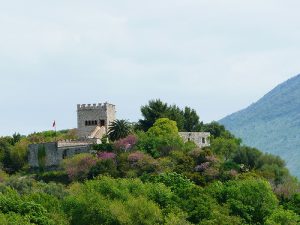 The Butrint National Park was built by the Albanian Ministry of Culture together with ICOMOS, ICCROM and UNESCO. The purpose was to build a cultural heritage that could be sustained. It was also intended that the national institutions and local communities could get involved in its maintenance.

The park is now considered to be a center for archeological research. It also functions as a conservation training school. There are also concerts, events, outreach programs and theaters associated with the park. The area is also a part of the List of Ramsar wetlands of international importance.

If you are going to Butrint National Park from abroad, keep in mind that visas are usually not required. Passports are needed however. There is a 10 Euro fee for entering the country.