The castles and fortresses in Ghana are very popular sightseeing spots. These are important historical structures, and visiting them gives you an opportunity to relive the past. 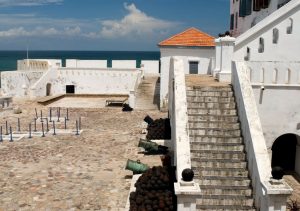 The Cape Coast Castle has gone through several foreign owners. But its cannons are still in good shape. These are oriented towards the sea. Visitors can explore the ramparts of the castle. The view of the surroundings is another treat for visitors.

The Elmina Castle is known for its Catholic church, the first in Sub-Saharan Africa. The fort is also known for its unlit dungeons. Fort St. Jago is best known for the spectacular views it offers of the castles and fortresses in Ghana.

Fort St. Jago also has a splendid vista of Elmina Castle. From the fort, the Atlantic Ocean can be seen. You will also become aware of goings on at the Elmina fishing harbor.

Cape Coast Castle was built in the 16th century as a trading lodge. In 1627 it was expanded and turned into a fort. The fortress fell to the British in 1664. It was used for transporting millions of slaves to the US and the Caribbean.

Elmina Castle is the most ancient structure in the area. It was constructed in 1482 by the Portuguese for exploration purposes. The Dutch seized control in 1637 and would control it for 274 years. It was also used in the slave trade.

The damp and dark dungeons are a stark reminder of how the site was used for holding slaves. Fort St. Jago was not utilized for trading. It was designed solely to give military protection to the Castle of Elmina.

There are several tours available. Usually, these tours will cost 800 USD. This will include trips not just to the castles but also the nearby parks. Tour operators usually offer discounts when traveling in groups.

Besides the guided tours, the castles are also staging grounds for theatrical and cultural shows. Often, the performances feature reenactments of the atrocities of the slave trade.

The castles and fortresses in Ghana are imposing structures indeed. But they also serve as reminders of the history of the slave trade and how it affected people. 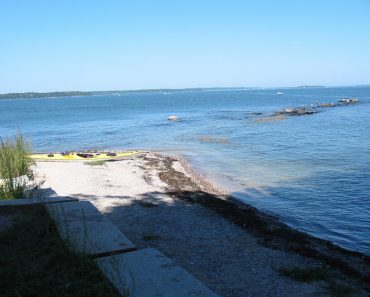