The Cathedral of Assumption in Victoria is one of the most impressive structures in Malta. It is the main feature of the citadel. 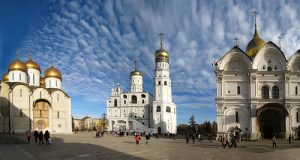 The cathedral is found in the citadel in Victoria, Gozo, Malta.

One of the most famous features of the cathedral is the trompe l’oeil painting. It is on the ceiling. It illustrates the interior of a dome which however, was never constructed.

The design of the cathedral is baroque by Lorenzo Gafa. The cathedral is set on the site of an ancient Roman temple for Juno. A visit to the Cathedral of Assumption in Victoria will also show that it was set on a Phoenician temple.

Viewed from the outside, it may seem that the facade is dim. But the interior is light thanks to the windows. There are also pilasters at the tessellated tombstone flooring.

The citadel has been the center of activity since ancient times. The evidence indicates that the first fortification took place in 1500 BC during the Bronze Age. When the Phoenicians came, they strengthened the complex. By the time of the Romans, it had been turned into a complex. The northern portion of the citadel goes back to the time of the Aragonese period.

The southern portion was built and rebuilt numerous times, most notably by the Knights of St. John from 1599 and 1603. The stone walls were constructed by the knights to protect the village from the Muslim invaders.

Up to the 18th century, it was the only village that was fortified. However in 1551, the citadel was penetrated by the Turks. The people inside the walls were captured and turned into slaves. The rest of the citadel was destroyed and left in ruins.

The cost of a trip to Malta depends on the duration. A single day tour will cost about 13 Euros per adult. For children it is lower at 9 Euros. Many of these tours will include the citadel and the cathedral in their itinerary. However, you need to make sure that the price is right for your needs.

The citadel where the cathedral is located is a UNESCO World Heritage Site. The citadel itself is considered as a town that is fortified. It is one of the most popular destinations in Malta today.

The Cathedral of Assumption in Victoria is a genuine historical landmark. It is one of those sites in Malta that you will not want to miss.