The Cathedral of the Blessed Virgin Mary and Treasury is considered as one of the most important religious sites in Croatia. It is home to many sacred Christian relics and paintings. 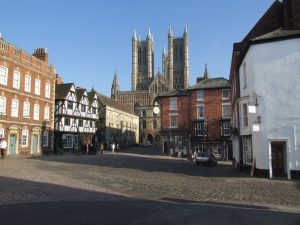 The cathedral can be found in Dubrovnik. This city is at the Adriatic, one of the main tourist spots in Croatia.

The cathedral was built in the Baroque style, so the emphasis is on embellishments and adornments. Both the interior and exterior are beautifully laid out. The lovely, decorated aisles immediately catch one’s eyes.

The interior of the cathedral is also noteworthy for the paintings by Italian masters. The majority of the paintings depict works from the 16th to 18th centuries.

The Cathedral of the Blessed Virgin Mary and Treasury is also visited by Christians all over the world due to its Treasury. These contain cinders that are sacred to Christians. These include body parts of saints and the clothes of the infant Jesus.

The cathedral was the creation of Andrea Buffalini of Rome. Based on some historical accounts, the structure was constructed from funds donated by Richard the Lionheart. However, the current church was built over this one. The one currently standing dates from the 18th century.

The city of Dubrovnik is said to have been founded sometime in the 7th century. It was designed to be a shelter for the Dalmatian refugees at Epidaurus. They were trying to escape the Slavs who were invading the territory.

While this is the most popular theory, some suggest it was built much earlier. Proponents of the earlier settlement point to Greek pottery remains found at the site.

The entry to the Treasury costs 1.75 USD.

How much money you spend depends on the tour you want. Budget tours will cost at least 50 USD per person. First class and mid range tours have a price tag ranging from 80 to 350 USD. For more luxurious tours, expect to pay 200 USD, 650 USD and upwards.

The Treasury is home to many other Christian relics. These include a small part of the cross where Jesus was nailed. There are over a hundred gold and silver reliquaries on display. In addition, there are many other artifacts to be seen.

The Cathedral of the Blessed Virgin Mary and Treasury is visited by Christian pilgrims all over the world. However, you need not be a Christian to appreciate the value of the relics inside.