Art is perhaps the most primal form of human expression. Long before written language was invented, primitive man recorded their thoughts and experiences through the paintings that they made in their caves. It is through these cave art that modern man gets an idea of how his forefathers had lived in prehistoric times. One such remnant of a long-vanished culture is Cueva de las Manos, the Cave of Hands, in the valley of Pinturas River in Santa Cruz, Argentina. 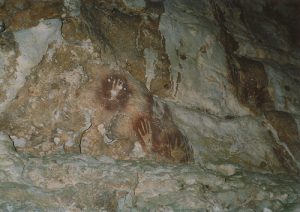 Situated in the province of Santa Cruz in the South American republic of Argentina. The Cave of Hands is 101 miles (163 kilometers) south from the town of Perito Moreno. There are local tour operators that offer excursions to the caves. If traveling to the caves by car, drive from Perito Moreno on National Route 40. Drive 118 kilometers to reach Provincial route 97. Make a left turn at the intersection following it for 46 kilometers.

As its name indicates, the Cave of Hands is famous for the numerous prehistoric paintings of human hands that line its walls. It is estimated that the cave contains more than 890 stenciled hand outlines in varying colors, from red and violet, to white and black, to yellow, orange and green. The process of making the handprints involved spraying paint from a bone pipe onto the cave wall blocked by the personâ€™s hand. It is noted that most of the prints are of left hands, which would suggest that the painters were holding the pipes with their right. But aside from the hand paintings, there are also other forms of cave art present, such as depictions of hunting scenes, human beings and animals like pumas and guanacos (an animal similar to a llama).

The hand paintings which fill the Cave of Hands were made between 13,000 and 9,500 years ago, possibly by ancestors of the indigenous Tehuelches tribe of Patagonia. The cave has been visited by travelers since the middle of the 19th century and was first noted in scientific journals in the 20th century, with considerable attention given to it during the 1960â€™s. The Cave of Hands was named a World Heritage Site in 1999.

The Cave of the Hands has a depth of 79 feet (24 meters), an entrance measuring 49 feet (15 meters) wide, and is initially 33 feet (10 meters) high. Inside the cave, the ground slopes upward, and the cave interiors have a height of around 7 feet (2 meters). 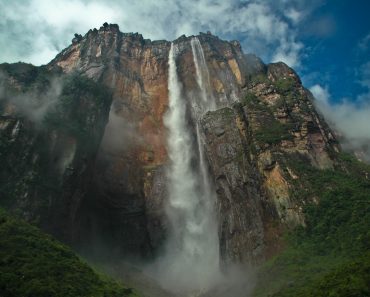 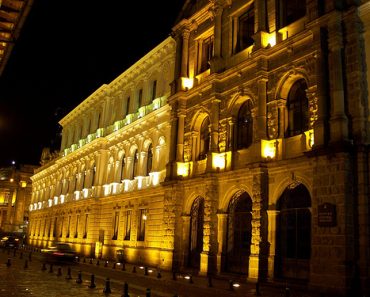