Chisinau in Moldova is a great example of how this developing country is moving forward. As the country’s capital, it is home to several landmarks and sightseeing spots.

The city is situated on the River Bic. It is in the center of the country. There are direct flights to the city from most countries in Europe including Austria, Hungary and Germany. There are also trains from Ukraine and Romania going to the city. If you’re using a car, a border crossing nonstop visa is needed.

The Stefan Cel Mare Monument is dedicated to the man who overcame the Turkish advance in Europe. It also serves as the gateway to the Stefan Cel Mare Park. Another lovely park at Chisinau in Moldova is Rose Valley. There are several lakes and restaurants there. 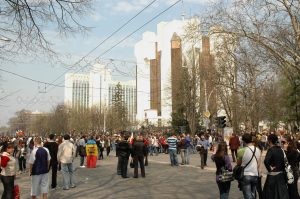 The 32 hectare Bota Park is one of the most beautiful in the country. Botanica Park is the biggest in the Moldova. Parcul Valea Morilor is well known for its drained lake and unspoiled scenery.

The city used to be a pat of Romania, but was included in the USSR after World War II. On August 26, 1991, the city declared its independence from the Soviet Union. On July 28, 1994, a new constitution was set in place. In spite of the separation, Russian forces still have a presence around Moldova. In 2001, Moldova would elect a Communist prime minister.

The most affordable airline tickets are at Moscow, Kiev, Bucharest and Istanbul. Tickets cost about 190 Euros. Bucharest train fares cost US$40. Budget travelers can stay at the hostel close to the main train station. It costs 220 Moldovan Lei nightly. Hotel Turist costs 440 Lei and is in the center of the city.

There are plenty of eateries and restaurants in the city. Pizzerias and fast food stores abound. The cafe over Sun City and Andy’s Pizza are just two of the better eateries in the city. La Placinte is for those who want to savor traditional Moldovan food. The Robin pub evokes an atmosphere similar to an English pub. There is fish and pasta there.

When you visit Chisinau in Moldova, you may want to check out their beverages. Their liquor, cognac and wine are as good as any in Europe. Moldovan beer is one of (if not the) best in the continent. 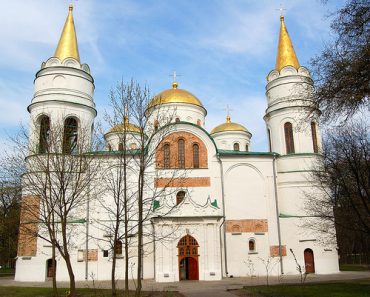