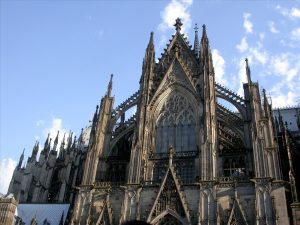 Cologne Cathedral – Germany is located at An den Dominikanern 3, Köln. It is next to the Central Train Station in the city.

Being so close to the train station, the easiest way to reach Cologne Cathedral – Germany is via the U-Bahn or the tram and subway system that serves the city.

Take the Dom-Haupbahnhof route to reach the cathedral.

The exterior design of the Cologne Cathedral – Germany takes on the architectural style of the Gothic Cathedrals of the medieval times. It is flanked by 2 aisles on each side, providing ample support for what is to be known as the tallest of all Gothic vaults in the world.

The interiors are French in style as evidenced by the high arcade and the narrow gallery of arches.

Inside the cathedral are various relics and works of art. The most notable of these is the sarcophagus of the Three Kings or Magi which dates as far back as the 1200s.

Considered as the biggest reliquary all across the Western world, its exteriors measure 7 feet and is covered in silver and fine gems. There is also a cross that was carved some time in the year 976.

This Gero Cross is among the major stops for pilgrims visiting the cathedral.

There is also a Chapel of the Virgin where you can see a painting of the Patron Saints of Köln which was completed in the year 1442.

The windows are adorned with frescoes and a statue of the Jeweled Madonna is also inside the cathedral, said to be miraculous.

If you are up for it, climb up the five hundred and nine steps that will take you to a viewing area from where you can see the Rhine.

The Cologne Cathedral – Germany was enlisted as a UNESCO World Heritage Site in the year 1996.

The towers are about one hundred and fifty-seven meters in height. These dimensions make it one of the biggest churches in the world and also the biggest Gothic cathedrals in Northern Europe.

You can get a combined ticket for 5 Euros to visit both the tower and the Treasury. 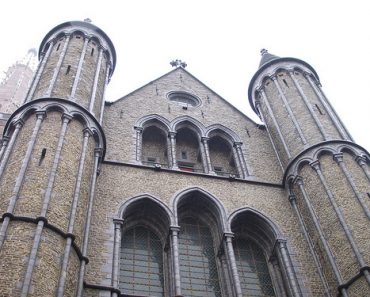