Colonia del Sacramento – Uruguay is the oldest city in the country. It serves as the capital city of the Department of Colonia. This historic town is teeming with beautiful colonial architectural structures and cobblestone streets and is listed as a UNESCO World Heritage Site.

For getting to Colonia del Sacramento, you have two options: by boat or bus. There are ferry boats from Buenos Aires that go directly to the city.

Of these boats, you once again have two options: the Buquebus catamaran is the faster one, giving you at most one hour’s travel time to reach the city.

Buses run from Carmelo and Montevideo to Colonia del Sacramento

Colonia del Sacramento – Uruguay is rich in beautiful structures that date back to the first Portuguese settlement that inhabited the area.

Barrio Historico or the Historic Quarter of the city is the best place to explore for those wishing to learn more about the city’s cultural and religious heritage. The cobbled streets date as far back as the seventeenth century.

As this historic quarter is just a few meters from the ferry terminal, you can make this your first stop. 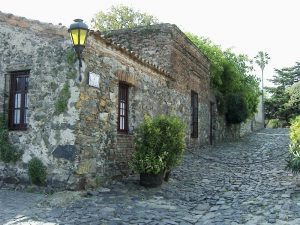 You can check out the City Gate with its drawbridge made from wood, the lighthouse where, upon reaching the top you will get a good panoramic view of Rio de Plata and the city; the Portuguese Museum which was built during the eighteenth century and holds traditional Portuguese furniture, jewelry, and maps of past naval voyages.

There is also the Basilica del Sanctísimo Sacramento which was constructed back in 1808.

For souvenirs and novelty items, visit the town market.

Colonia del Sacramento – Uruguay was established in the year 1680 by Portugal through Manuel Lobo. In the same year, Spain through José de Garro, disputed Portugal and established a settlement n the opposite embankment of Rio de Plata.

But a year after this dispute, Spain returned Colonia del Sacramento to Portugal. Other two disputes erupted thereafter. The first one took place some time in 1705 but Spain was compelled to once again return the city to Portugal via the Treaty of Ulrecht.

The Spanish-Portuguese War of 1735 was again made in an attempt to get the city from Portuguese jurisdiction but this attempt came to no fruition.

Ferry rides going to Colonia del Sacramento – Uruguay are about USD 60 per person. Entry fee to go up the lighthouse is about USD 1.

Accommodations around the city are from USD 10 up to USD 100 per person, per night.

If you are visiting the city during peak season which is in the summertime, it is best to get your ferry tickets stamped with a return date as you could spend hours waiting at the terminal for your return trip from the city if you do not have a specified date indicated on your ticket.

Priority is given to those with return dates and these are usually sold out during peak season so you may have to wait for any cancellations before you can be accommodated. 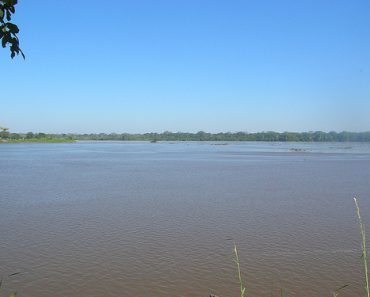