The Danube Delta Tulcea is one of the finest deltas in Europe, right up there with the Volga delta. Since 1991, it has been designated as a UNESCO World Heritage Site. 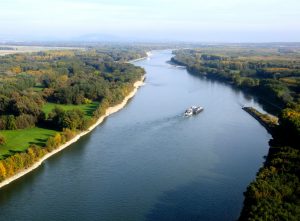 The delta can be found in the Tulcea County. The county capital also serves as the gateway to the site. This is at Romania’s easternmost part. It is 270 km northeast of Bucharest and 120 km north of the largest city in Dobrogea, Constanta. You can reach the site via train by way of Constanta or Bucharest.

You can also reach the place by plane. But keep in mind that the airport is mostly for charter flights. You can also try Constanta’s Mihail Kogalniceanu.

The delta has more than 50 types of freshwater fish and 300 species of birds. There are more than 1250 plant variants in the area. Because the Danube Delta Tulcea is tightly protected, the animals are kept safe.

Birds all over Europe, Africa and Asia stay here during migration periods. The delta is also home to over 150,000 individuals. They use traditional wood boats or kayaks for their travels.

The delta is growing by expanding into the Black Sea. It is expanding by 20 meters annually. The river segregates into 2 branches prior to the county. One is called Chlia (the northern branch).

The other one splits again after Tulcea. One branch is Sfantu Gheorghe (Saint George). The other is Sulina. Sulina is in the center and easy to navigate. Between the three branches are scores of wetlands and forests.

A Bucharest bus ticket costs $ 0.6 (one trip). One dollar is the price for a round trip subway ticket. A first class express train from Bucharest to Constanta costs $ 18.50. Cost of car rentals vary, but expect to pay $ 6.3 per gallon of gas (3.8 liters).

If you want to cruise your way into the site, the best option is to take one of the cruise ships in Germany. There are also cruise services available at Budapest, Vienna and Bratislava. Several ferries join the county with other areas around the delta. There are also options in Sfantu Gheorghe and Sulina.

Another way to experience the Danube Delta Tulcea is by traveling on road. The county is well linked to European and national roads. Along the way, you will see some of the hotels and accommodations nearby.