The Diocletian Palace in Split has long been one of the most popular tourist spots in Croatia. This UNESCO World Heritage Site is considered one of the most outstanding Roman monuments to have been built. 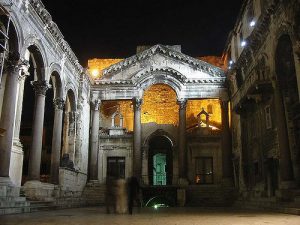 The palace is located in Split, Croatia. It is right in the middle of the town. It is set on a bay on a short peninsula’s short side going from the coast of Dalmatia. It is 4 miles form Salona.

A walking tour of the palace usually starts at the southern sector where you will see the Bronze Gate. Two other remarkable aspects are the cellar and the peristyle. The peristyle is a court which provides access to the Cathedral of St. Domnius, which used to be Diocletian’s mausoleum.

The palace was constructed upon the orders of the Roman Emperor Diocletian. The building took place around the 4th century AD. The emperor had it built so he could reside there after his retirement on May 1 305 AD. Diocletian retired on the said year.

The site was eventually abandoned and stayed empty for hundreds of years. The 7th century saw Roman residents fleeing to it to avoid the barbarians. Since that time, the palace and the surrounding areas have been occupied.

This remains true to this day. There are not only homes, but also restaurants and shops all around it. During the Middle Ages, the palace had slipped into obscurity. It was not until Scottish neo-classical architect Robert Adam surveyed the palace that it was brought to public attention.

Some parts of the complex require an entrance fee. If you are going to visit the city museum nearby, the fee is 10.00 HRK for adults and 5.00 HRK for children, pensioners and undergraduates.

There are many other areas in the palace that you can explore. Among them are the Town Hall, Karepiæ house and the People’s Square. There is also the Chapel of Our Lady of Belfry and the Monument of Marko Marulic.

If you are going to visit the Diocletian Palace in Split, it is worth dropping by the ethnographic museum. This contains artworks and artifacts. Another interesting place is the Cathedral Treasury. 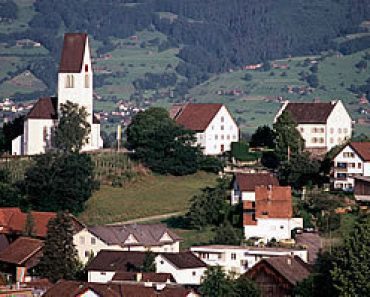