Brunei Drottningholm is one of the most interesting tourist spots in the country. Not only is the palace beautiful, but it is also full of history.

The palace is not far from Kampong Ayer.

This palace is the official home of the Sultan and the royal family. The immense size of the palace is breathtaking itself. The decorations inside the palace make it a worthwhile place to visit. Added attractions include the bronze sculptures and the French Baroque Park.

The height of the country’s power was in the 15th to 17th centuries. During this period, its rule extended into the southern Philippines and the northwest of Borneo. The succeeding years saw the nation go through a period of decline. Several factors contributed to this. Chief among them were problems with royal succession, internal strife and growing European power.

The year 1888 saw Brunei turn into a British protectorate. The country attained independence in 1984. It should be noted that the same family has reigned over the country for the past six hundred years.

The country’s economy is dependent on gas and oil. The Sultan of Brunei is one of the richest people on Earth. His personal wealth is estimated to be at least 40 billion USD. One of the richest nations in the world, the government subsidizes housing, rice and all medical services.

The taxi fare going to Bandar Seri Begawan costs about B$25 and takes about 20 minutes. If you want to take the ferry ride on the Pandaruan River, it will cost RM8 or B$4. Bus tickets cost RM12.20 from Miri. Keep in mind there is a tax (B$ 2 per ferry ticket) to leave the country.

If you are visiting the country, there are many other places you can visit. There is the Jame’Asr Hassanil Bolkiah Mosque and the Royal Regalia Museum. This museum has plenty to offer in terms of information about the country. Tourists can also drop by the Brunei
History Center and the Omar Ali Saifuddin Mosque.

The Brunei Drottninagholm is a marvel of architecture. If you are in the country, a drop by this place will be worth your while. 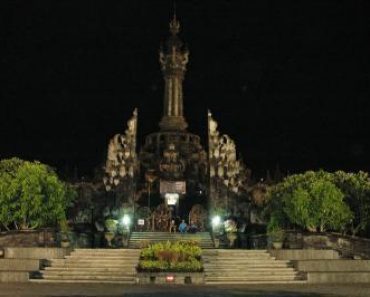