The tourist attractions in Dunkelsteinerwald are among the finest in the Austria. The village has a population of less than 3,000, but there are several places to see here. 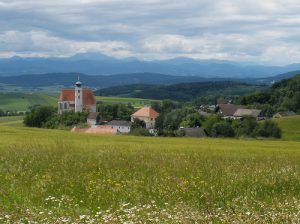 The village is in the Melk district at Lower Austria. It is in a region with the same name. It is to the south of the Danube at the region of Mostviertel. It is at the south of Krems, a popular tourist destination.

Like Wachau, this village is renowned for its vineyards. Visitors to the village may also want to check out the carving altar and several bridges dating from Roman times.

Just as interesting is the Church Mauer bei Melk, one of the main tourist attractions in Dunkelsteinerwald. The church is renowned for its Gothic architecture. A visit to the church will reveal several images depicting Lady Mary.

Archaeological evidence indicates Austria was the home of Linear pottery culture. This was during the Neolithic period. Furthermore, it would appear that the country is one of the oldest agrarian centers in the continent. One of the best preserved specimens is Otzi the Iceman, dating from 3300 BC.

During the Early Middle Ages, the Carantanian Slav tribe entered the Alps (c. 7th century). After mixing in with the Celto-Romanic population, the Carantania realm emerged. This would comprise most of the central and eastern Austrian territory. The area making up Bavaria and the west of the country was occupied by the Bavarian Germanic tribes in the 6th century.

The region of Dunkelsteinerwald is best described as a hill country. Geologically speaking, the hills are at the Waldviertel foothills. This is an upland at Lower Austria. This is part of the Bohemian Mass. The elevation can reach up to 700 meters.

The prices in Austria are typical of those in Western European countries. A decent meal will cost around 15 Euros, while a can of soft drinks will cost 40 cents or so. The price of the airfare depends on what country you are coming from.

One of the most interesting places is the military church in Gerolding. Probably the most fascinating sight is the pulpit with its Gothic styling. There is also a 17th century fresco.

Another one of the tourist attractions in Dunkelsteinerwald is the Parish church at Gansbach. This church dates from the 17th century. One of the highlights is the altar piece by Kremser Schmidt.