Eastern Bohemia, which extends from Krkonose mountain range to the borders of Moravia, is an interesting tourist destination in Czech Republic. 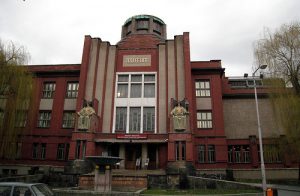 East Bohemia is a region teeming with the appeal of an old town. It is composed of old-fashioned villages that you would like to see along with many historic relics that can be found there.

Eastern Bohemia is situated in a border with Moravia. It is pretty easy to get there because public transport is efficient enough. Ask your travel guide for directions as well as for the best advice as to what type of transportation to take to get to the site.

Eastern Bohemia is composed of several towns with allures of their own.

There’s Hradec Kralove, an exciting village that was voted the top place to live in Czech Republic. It houses several interesting structures, a cycle path, and generally a pleasant surrounding.

There’s also Trutnov, a town where you can find good hiking spots.

There’s also Teplice, which is a nice place for rock climbing. Interesting rock formations supply the majority of activities that can be done there.

There’s Nove Mesto nad Metuji, a small town that hosts a beautiful town square and museum. It is definitely worth the trip because you could learn a lot of the Bohemian past through the displays in the museum.

Eastern Bohemia was the center for national traditions as told by Bozena Nemcova, documented at the Czech literature of 19th Century.

If you are traveling to Eastern Bohemia be ready with an amount that will cover transport costs, meal costs, and entrance fees to some destinations.

Entrance fees to museums and other tourist sites are usually minimal. But, of course, you have to have something to bring back home after the trip. So make sure that you have some money for buying souvenir items.

Eastern Bohemia is a nice destination with picturesque views of villages in surrounding hills and centuries-old castles among others. More than that, it also facilitates a nice walk down memory lane with its historic relics on display in museums.

Eastern Bohemia is also a nice place to learn more about the culture and tradition and everything about the Bohemian lifestyle. It is a region where musical, artistic, religious, and cultural traditions strongly inspire the locals’ way of life.

Eastern Bohemia is a traveler’s haven for its charming surroundings and attractive old-fashioned culture. It is one of the best places to be when in Czech Republic.