Are you game for some eco-adventure? Discover the goodness of coastal ecosystem by visiting the Eastern National Park in the Dominican Republic. 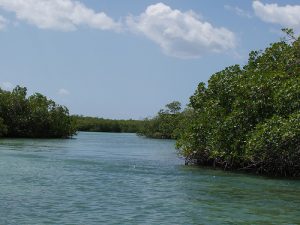 The Eastern National Park, which is locally known as Parque Nacional del Este, is one of the nine national parks spread throughout the Caribbean country of Dominican Republic.

It is located in the province of Altagracia in between two towns – Boca de Yuma and Bayahibe. To enter the park, you have a choice between gaining access from either of the two towns. Most tourists, however, choose to enter from Bayahibe since the two nearest caves from there are pretty interesting. Entering from Boca de Yuma, meanwhile, is much cheaper and the travel time is also much shorter.

To enter the park, you will have to approach the national park office, pay the necessary fees, and meet the principal requirements. Approach the boat docks so you can traverse through the 808 square kilometers of Eastern National Park’s total area.

The Eastern National Park is, unlike the other national parks, highly inaccessible. That’s because it was established, mainly, to serve as a protective hub for the 112 species of birds. Some of the species are found only in the marine eco park.

Aside from the assortment of birds that you can see there, the Eastern National park also boasts of a lively marine life decorated by manatees, dolphins, and sea turtles.

The park also has three must-see caves — Cueva del Puente, Cueva José María, and Cueva de Bernardo. Each has its own set of attractions. Be careful, though, when entering the caves because mostly the gateways are characterized by slippery holes on the ground.

The Eastern National Park was recognized as a national park in 1975. It was established to create a sanctuary for species of plants and animals.

To be able to explore the Eastern National Park, you will have to endure a couple of costs. At the park’ office, you will be asked to pay a little over a dollar or something equivalent to 50 Dominican Peso as a permit fee. Then, you will meet boat captains who will bargain for about 13USD for your round trip boat ride. At the park’s entrance, you have to pay another 20USD for a hike ranger, which is a requirement.

Pack light to be ready for a trek but make sure that you have enough of the essentials including insect repellant, drinkable water, and a flashlight.