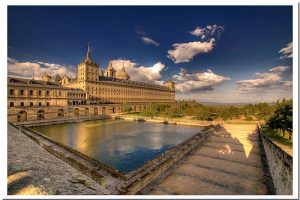 The monastery is located in the town of San Lorenzo de El Escorial. It is 45 km away from Madrid. You can reach the town from Madrid by train. You can use either the Chamartin or Atocha stations. After you get off the train station, get on a bus that will take you to the monastery.

There are several features to explore here. The complex has a library, the royal household, the monastery and basilica / church. The remains of Empress Isabel and Emperor Charles V are here, as well as that of King Philip II their son. When you visit the basilica, you will see a couple of cenotaphs at the altar sides. At the right is King Philip II and to the left is Emperor Charles V.

The gilt bronze statues at the El Escorial residence were designed by sculptor Pompeyo Leoni. The pantheon of the kings is below the basilica altar. Visitors to the complex will also enjoy the restored Gallery of Battles. These depict the campaigns of King Philip II.
The architectural museum has 11 rooms. These are used to store the equipment and tools utilized in the building of the complex.

The building of the complex was upon the orders of King Philip II. It was designed to commemorate the Spanish victory over France and King Henry II at the Battle of St. Quentin. In addition, Philip wanted the complex to serve as the site for his burial. It was also to be the final resting place of his parents and his descendants.

Furthermore, the complex was also designed to be a center for studies in favor of the Counter Reformation. The cornerstone was set down on April 23, 1563. Juan Bautista de Toledo was tasked with overseeing the project. The building was finished in 1584, 21 years after it was began.

The entrance fee is 8 Euros.

The Chapter Houses are also interesting. These are comprised of paintings from such artists as Titian, El Greco and Tintoretto. The library is also known for the frescoes on the ceiling.

The El Escorial residence is one of the most popular tourist destinations in Spain. More than half a million people visit it yearly. On November 2, 1984 it was declared a UNESCO World Heritage Site. 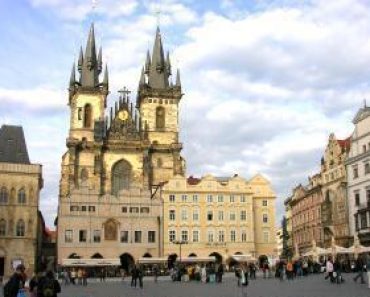