There are many natural spas in Guatemala, but Fuentes Georginas is considered by many to be the best. If you are in search of spas, look no further.

There are four pools in the site, and each has different temperatures. The temperatures range from warm, medium and hot, so there is one to suit your preference. There are also lockers available where you can keep your stuff in the meantime.

The pools are framed by tropical vine walls, flowers and ferns. The intense tropical setting is offset by the cool mountain air. Beside the pool is a 500 meter walk. This is worth checking out due to the orchids and birds.

As you relax in the pools, you will also be calmed by the lush green vegetation around you. There are also rooms available in Fuentes Georginas if you want to stay for the night.

These spas are actually thermo sources that come from the Zunil volcano. These flowing waters make up the pools. These were discovered in 1902 by a couple of laborers in Zunil. They converted it into a communal bath.

After a while, the upkeep was transferred to the Zunil municipality. However, it had difficulty in maintaining the site. They contacted the Quetzaltenango city. It was agreed that the baths would be relocated there.

In the early 1970s, construction of bungalows started. These would be used by those who want to stay for longer periods, a practice continued to this day.

In 1998, a landslide caused heavy destruction and covered the pool with mud and trees. However, the government successfully rebuilt the place. This has enticed tourists into visiting the place.

The cost of the trip to the spa from Zunil is about 5 USD. The entrance fee is US$2.50.

Part of what makes the spa attractive is the setting. Set in a forest atop the mountains in a volcano, it is one of a kind. The volcano feeds the pools, giving them their unique soothing properties. There is also a small restaurant nearby. 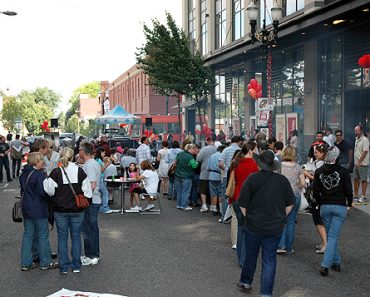