Goa – India is the fourth least populated state in the country as well as its smallest state by total land area. The state is renowned worldwide for its magnificent beaches and beautiful architectural structures.

Goa – India is situated in the southwestern section of India within the region of Konkan. Bordering it are Maharashtra on its northern side, Karnataka on its eastern and southern sides and the Arabian Sea on its western side.

There is one airport in Goa – India, the Dabolim Airport which provides domestic as well as international flights. The airport however only flies in travelers from the Middle East particularly Kuwait, Qatar, Sharjah and Dubai.

During charter season, travelers from Russia, Britain and Germany can also fly directly to Dabolim Airport.

If you will be coming in from other parts of the world not mentioned above, you can fly in via Mumbai’s International Airport. From here, you can take a domestic flight going to Goa. 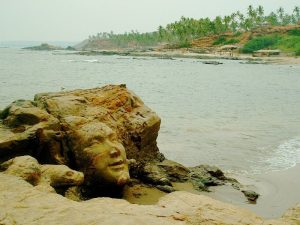 From Dabolim Airport, your best option to reach the city center or your specific destination within Goa is through a taxi or a car hire service.

A must-see architectural structures within Goa – India is the Basilica of Bom Jesus, declared as a UNESCO World Heritage Site. This is an important place of worship for Catholics as the basilica is home to the mortal remains of Goa’s patron saint: St. Francis Xavier.

This is one of the best samples of baroque architecture in the country and is also the country’s very first Basilica minor.

Notable forts that are worth a visit are Fort Chapora, Fort Aguada and Fort Cabo de Rama.

For a bit of history lesson, visit the Goa State Museum located in Old Goa and the Naval Aviation Museum situated in Bogmalo.

Beaches that you may want to check out are Anjuna Beach, Arambol Beach, Baga Beach and Colva Beach for a bit of sun and surf.

Goa – India is the country’s richest state and is ranked No. 1 as the state that provides the best quality of life in the country. Goa has been a favorite traveler’s destination since the 1960s, during the “Hippie Age” because of its affordable accommodations and its nude beaches.

However, there are no longer any nude beaches here anymore.

Goa – India was under Portuguese rule for four hundred and fifty years which heavily influenced the state’s cultural heritage: a combination of eastern and western influences.

Accommodations for Goa cost about $34 up to $100 for mid-range while more exclusive accommodations can cost anywhere from $104 up to almost $1000.

Dining out is pretty cheap here, with meals starting at $5 to $15 up to about $20 to $30. Seafood, American, Italian, Burmese and of course Indian cuisines are offered by various restaurants and diners here.

The best time to visit Goa – India is during the months of October through January and then in May; which is also known as the tourist season in India. 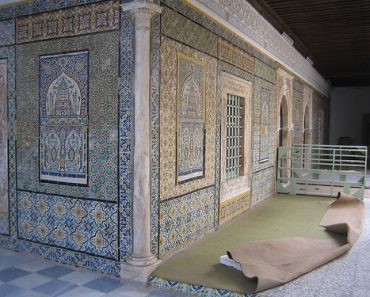