The Gombe Stream National Park is probably best known for its chimpanzees. But there are many other attractions in the park.

The park is at the west of Tanzania. It is ten miles (20 km) to the north of Kigoma.

Its most popular feature is the stream which is home to its chimpanzees. The park also has many areas where you can go trekking. Visitors can also go hiking and enjoy the natural scenery in the park.

The waters around the park are also clear and pure. You can go snorkeling and enjoy the underwater scenery. You can also go swimming in the Gombe Stream National Park and keep yourself refreshed.

Some of the animals in the site are the Diademed Monkey and the olive baboon. Visitors can also visit the waterfalls and check out the lakes. You can also go to the campsites.

The consensus among scientists is that Tanzania is one of the most ancient places to be inhabited by man. Fossils of pre-human hominids and humans date back to 2 million years ago. The evidence indicates that hunters and gatherers also lived in the area.

By the first millennium AD, merchants from western India and the Persian Gulf came via the east African coast. By the 9th century, Islam was already being practiced by the coast of Swahili. By the 19th century Imperial Germany had taken over the lands that make up Tanzania, Burundi and Rwanda. The land remained under British rule until 1961.

The late 1970s saw the Tanzanian economy struggle. By the middle of the 1980s however, the nation was already getting help from the IMF.

Price of safari tours to Tanzania depend on the duration. However, the typical trip will cost 2000 dollars per person.

The park occupies an area over 52 sq km. This strip montane forest has steep sided valleys. You will also see streams flowing into the mountains. There are more than a hundred chimpanzees in the park. They are set in three different communities.

The Gombe Stream National Park is also known for its Red-tailed monkeys and ed colobus. Other animals in the park are the Fish Eagle, Forbes’ Plover, Palm-nut Vulture and barbet. There are also waterbuck, buffalo, bushback and leopards. 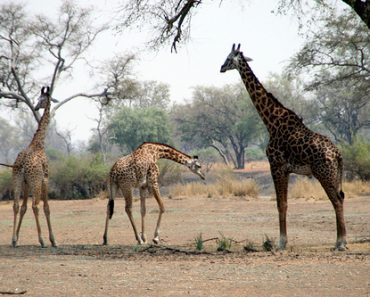