Gotska Sandon Island is one of the best places to see the natural wonders of Sweden. It is famous for its beaches as much as the forests. It is one of the country’s national parks.

The island is situated in the Baltic Sea. It is 38 km north of Faro, the nearest island. It is accessed by boat from Faro Island. There are several ferries that can take you to the island.

The island is filled with sandy beaches, different types of fauna and pine forests. Gotska Sandon Island also has an abundance of grey seals. Bats and alpine hares are commonplace.

The first mention of the island is in 1539. It is also on the Carta Marina map. A 1568 sailing expedition describes the place as a small island with no inhabitants. Historians take this to mean the island was inhabited only during certain periods. 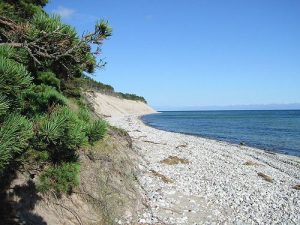 There are also accounts stating the inhabitants of Faro rented the island. It would also become the property of the British royals. By 1645 however, it was definitely Swedish territory.

The prices will depend on when you go to the island. The type of boat you choose also affects the cost. On the average, a round trip ticket costs 895 SEK per individual. The high end ferries will cost at least 1000 SEK. Day trips can be cheaper. Most boat services offer discounts for children. Some companies will require a deposit to be made first.

Insect life is varied on the island. There are seven beetle species. Numerous butterfly species exist too, including the grey horisme aemulata. They can be seen at the Arnagrop forest. The lack of fresh water pools mean there are few mosquitoes in the area.

Before you go on a trip to Gotska Sandon Island, keep in mind the boat timetables may change. Always confirm the schedule first. ?