The sudden appearance of sinkholes on land would be a terrifying sight to most of us. But in the water, there is one massive sinkhole that, rather than dread, elicits wonder and fascination. In fact, it is one of the most popular marine tourist destinations and diving spots in the world.

The Great Blue Hole is an immense underwater sinkhole situated off the coast of the Central American country of Belize. It is specifically located close to the heart of Lighthouse Reef, an atoll found 43 miles (70 kilometers) from Belize’s mainland and the nation’s largest city, Belize City. Hailed among the world’s top 10 diving sites, there are several dive shops at the coast of Belize which offer dive trips to the hole. A typical trip lasts for a full day, including one dive into the hole and 2 additional dives at the reefs nearby. The island of Long Caye, located in Lighthouse Reef just 2 miles from the hole, has recently been offering 2 diving trips in the Great Blue Hole; one in the north side, the other in the south. Ambergris Divers offers a regularly scheduled dive trip which departs at 6 a.m. and accommodates 10 to 14 people.

There is not much marine life in the deeper waters of the Great Blue Hole, but a number of fish species can be seen passing through. Among these are nurse sharks, giant groupers, and different reef shark varieties like the Blacktip shark and the Caribbean reef shark. There are also occasional sightings of other shark species, such as the Hammerhead shark and the Bull shark. The shallower areas at the rim of the hole are teeming with aquatic life, including Angelfish, Butterfly fish, and cleaning shrimp, as well as various corals. 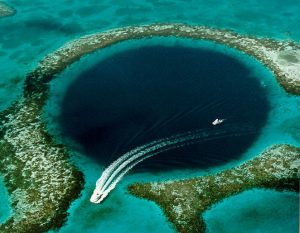 Measuring over 984 feet (300 meters) across and 407 ft (124 m) deep, the formation of the Great Blue Hole took place over a period spanning 153,000; 66,000; 60,000 and 15,000 years in the past. This was attributed to occurrences of Quaternary glaciation at the time when ocean levels had been much lower. The caves that had formed would then be flooded once the ocean level had risen once more, thus creating the hole. It was the celebrated marine explorer Jacques Cousteau who made the Great Blue Hole famous when he took his ship, the Calypso, on an expedition to chart the depths of the hole. The exploration determined that the hole was created in 4 stages by the formation of karst limestones, which left ledges as deep as 69, 161 and 299 ft (21, 49 and 91 m).

Cousteau had also proclaimed the Great Blue Hole as one of the top 10 scuba-diving spots in the world. Since then, it has been a favored destination among recreational diving enthusiasts. Indeed, when viewed from above, the enormous deep blue circle lying at the center of the sea would appear quite inviting to those with a thirst for adventure that could only quenched by plunging in its mysterious waters.

Ambergris Divers’ scheduled Great Blue Hole dive costs $265 for each diver. The parking fee is included in the rates. For dives on charter basis, the rate is $1999, with an additional $40 parking fee per diver. 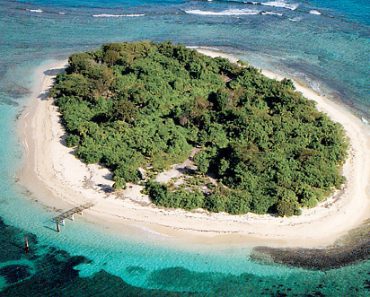