Gudauri in Stepantsminda is one of the finest ski resorts in Georgia. One of the country’s main tourist destinations, it is at par with those in other countries.

The resort is in the district of Stepantsminda. It can be found in Georgia’s Greater Caucasus Mountain Range. You can get to the place by driving on the Georgian Military Highway. It is close to the Cross Pass. From Tbilisi, the trip will take a couple of hours. It is 75 miles (120 km) north of Georgia’s capital.

The resort is right on the mountain’s southern slopes. It rises to a height of 7,200 ft (nearly 2,200 m). The biggest attraction in Gudauri in Stepantsminda is skiing. The slopes are all over the tree line and risk free from avalanches.

Heliskiing services allow skiers to experience awe-inspiring runs. These are done at altitudes ranging from 1,200 to over 4,000 m. The helicopters will drop the skiers off on glaciers, mountain tops and other stunning locations. 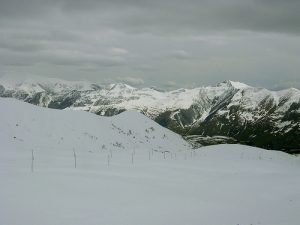 The idea for the site emerged during the mid 1980s. Several investors saw its potential to be a tourist spot. Several areas were inspected, but it was Gudauri that was chosen due to its location.

Actual construction began in 1985. Since that time, numerous innovations have taken place. The features and activities in the
premises have also been greatly enhanced.

Cable cars, buses, trolleybuses, taxis, minibuses and the underground system make up the country’s public transport. The bus fares cost at least 10 Tetri. The minibus fare is double that. Taxi fares are negotiable. Private taxis are usually more practical than shared ones.

The first lift has three chairs, while the second has four. The third has three chairs. Aside from skiing you can also just relax and enjoy the views of the mountains. Visitors to the site may also visit the Gergeti Trinity Church.

Hiking and trekking may also be arranged when you visit the site.
Gudauri in Stepantsminda also offers guides for its skiing and heliskiing activities. It is also possible to go on excursions to other tourist attractions nearby.