The Gurgi Mosque in Tripoli is one of the most important religious centers in Libya. The beauty and history of the place has made it a top draw for religious devotees and tourists alike.

The edifice lies in the heart of old Tripoli. It can be found among several historic edifices. Because the place is well known, almost all the taxi drivers are aware of its location. Also, your tour provider can arrange to have you taken to the site.

The mosque is not as large as other religious buildings, but its design more than makes up for this. The decorations are among the most ornate in all of Tripoli. The complex stone carvings used to build it were brought in from Morocco. One will also see Tunisian ceramic works. There are also numerous other adornments in the mosque.

The Gurgi Mosque in Tripoli has an octagonal minaret. This is unique among the religious structures in Libya. There are sixteen domes on the mosque. In the antechamber are the remains of Youssef Gurgi and his family. 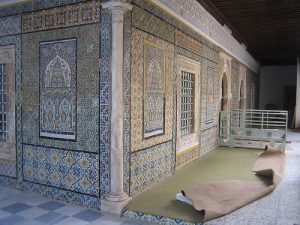 The main prayer hall has marble pillars imported from Italy. There is also a covered platform. The domes and mihrab are laden with exquisite stone lattice carvings.

The mosque was built upon the order of Msutafa Gurgi. Construction began in 1834. During that time, the city was controlled by Pasha Yusuf Karamanli, the Ottoman ruler. The structure was for Youssef Gurgi because of his skills as a naval commander.

He was a Christian but converted to Islam following his capture in Istanbul. Aside from being a naval commander, he would also become known for getting slaves for the Barbary Coast.

Building plans began in 1833. The design was influenced greatly by Turkish architecture. Constructed by the Ottomans, the Turkish influence can be seen by the floral motifs. Located near the arch of Marcus Aurelius, it was the final mosque to be constructed under Turkish rule.

Taxis fares to get to the mosque will cost anywhere from 2 to 20 LYD. The bus fare starts at 0.50 LYD. However, the fare will go up if you are coming farther away.

Many tour providers will have a trip to Gurgi Mosque in Tripoli. In this case, transportation will be provided for you. The cost will be included in the tour package charges. Since these tours involve going to other places, the price may reach a couple of thousand dollars. 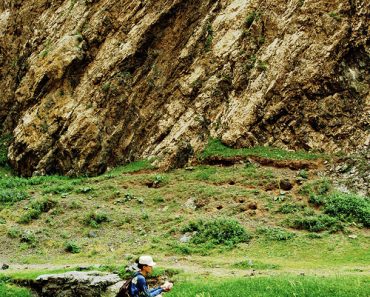