In the Scriptures, Jesus Christ asks of his disciples to take up their cross and follow Him. And just as Christ took up His cross to the hill of Calvary, thousands would follow suit in their own way, taking up theirs to Kryziu Kalnas, the Hill of Crosses, in Siauliai, Lithuania.

The Hill of Crosses is located approximately 12 kilometers north of Siauliai, the 4th largest city in the Republic of Lithuania. If traveling by car, look on the right side for a sign that says “Kryziu Kalnas – 2 km” (Hill of Crosses – 2 km), and then make a right turn.

The Hill of Crosses boasts of an impressive collection of crosses numbering in the thousands, and still growing. These vary in size, from the smallest, most modest crosses to the most massive and ornate of crucifixes. Those of deep religious conviction may find the place to be very inspirational, while visitors who aren’t really spiritually inclined may find it to be quite spooky. But whichever way one’s proclivities may lay, it can’t be denied that the site’s overall ambiance evokes an overwhelmingly emotional effect. Every year, devout Christians from around the world make pilgrimages to the hill, leaving their own crosses to become part of this amazing hallowed ground. But aside from crosses, other religious objects have been left on the hill, such as rosaries, portraits and statues of Jesus Christ and the Blessed Virgin Mary, as well as of Lithuanian patriots.

The tradition of leaving crosses on the Hill of Crosses is believed to have started from the families of the fallen rebels in the November Uprising (also known as the Polish-Russian War or the Cadet Revolution) of 1831. Unable to find the bodies of the slain rebels, their relatives instead placed crosses on the hill in their memory. More crosses would appear following the January Uprising of 1863. Another story about the origin of the hill purports that several crosses appeared following an apparition by the Virgin Mary and the Baby Jesus in the 19th century’s 7th decade. Supposedly, the Blessed Mother herself encouraged the faithful to leave crosses at the site. Sure enough, the number of crosses on the hill would grow through the years, from a mere 17 crosses in 1850 to more than 100,000 by 2006. The Hill of Crosses was visited by Pope John Paul II in September 7, 1993, proclaiming it as a place of peace, hope, love and sacrifice. 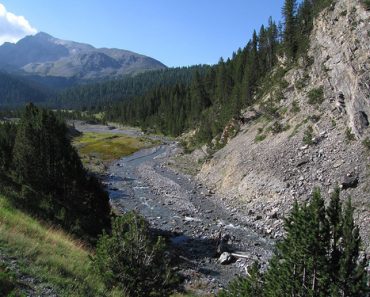