Hudedah in Yemen (also spelled Al Hudaydah and Hodeidah) is one of the largest cities in the country. The heart of the Al Hudaydah Governorate, it is also home to many interesting tourist spots.

The city is located on the coastal plain of Tihamah at the Red Sea border. The country’s bus services are extensive. They can take you to the city from almost any point. There are also taxis, minibuses and car rental services you can avail of.

The city has several tourist attractions. The most popular are the beaches along the western coast. These are used for swimming and fishing.

The area is also known for its many valleys, not the least of which are the Wadi Zabid and Wadi Surdud valleys. Several mountains can be seen in the area. The Rass Mountains attains a height of over 6,000 ft above sea level. Bura Mountain is slightly higher at 2,400 m. 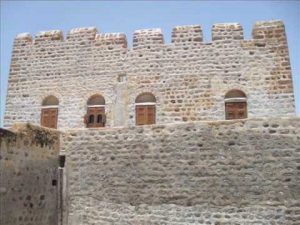 Hudedah in Yemen is an ancient city. As far back as 1454, the place was already being referred to in Islamic chronicles. During the 1520s, the city fell to the Ottomans and became very important to the empire.

The succeeding years would see it exceed Mocha as Yemen’s most prominent city. In 1854, Malay writer Abdullah bin Abdul Kadir came to the city. He noted that chewing khat was commonplace.

Car rentals in the city require a US$200 deposit payable. Drivers must be at least 21 years old. Motorbike rentals are virtually nonexistent. Bus fares cost YR3 per km. Other buses may cost YR1400 for six hours or YR1100 for a 5 hour ride. Minibuses are cheaper.

Visitors to the place should not fail to visit Zahid. It is a historical site with over 100 ancient mosques. It also used to be the site for an old prestigious university.

Hudedah in Yemen is still one of Yemen’s most vital ports. Its main exports are hides, dates, cotton and coffee.