The Hypogeum of Hal Saflieni in Paola, Malta is one of that country’s most fascinating historic sites and tourist attractions. The world’s only prehistoric underground temple, the 3-level subterranean burial ground has been called a necropolis, literally, a city of the dead. 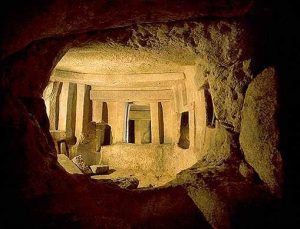 Location and How to Get to This Specific Sight

The Hypogeum of Hal Saflieni is located at Triq Hal-Saflieni (Burials Street) in the town of Paola, south of the Republic of Malta. To get there from Malta’s capital Valetta, just follow the signs to the town of Marsa, and then to Paola. If traveling by public transportation, take Bus Nos. 8, 11, 12, 27, 29, 30 or 115. From the bus stop, follow the signs. The Hypogeum is approximately a 5-minute walk from Paola Parish Church. If traveling by car, drive to the direction of Paola and the village of Tarxien, and follow the signs.

The first and oldest level of the Hypogeum of Hal Saflieni dates back from 3600 to 3300 BC, and is similar to the tombs that were found in the Maltan resort area of Xemxija. Located just 10 meters below street level, some of the rooms in this level were natural caves that had later been extended artificially. The second level, dating back from 3300 to 3000 BC, was opened when the builders of the Hypogeum found that the first level would no longer be adequate, and contains important chambers magnificently carved out of stone. Among these are the Main Chamber, the Oracle Room, the Decorated Room, the Snake Pit, and the Holy of Holies. The third and lowest level, dating back from 3150 to 2500 BC, did not contain any bones or offerings, just water. It is suggested that this level may have been used for storage, possibly for grain.

The Hypogeum of Hal Saflieni was accidentally discovered by a stone mason working on a housing project in 1902. Father Manuel Magri, a Jesuit priest, was assigned to report on the excavation, but he passed away in 1907 before his report was ever published. Maltese archaeologist Sir Themistocles “Temi” Zammit took over the excavation, and would uncover a wealth of relics such as pottery, carved figures, ornaments and amulets, as well as human skeletal remains. The Hypogeum was included in UNESCO’s list of World Heritage Sites in 1980.

The admission fee to the Hypogeum of Hal Saflieni is 20 Euros for adults aged 18 to 59 years old; 15 Euros for youngsters 12 to 17 years old and senior citizens aged 60 and above, as well as students of MCAST and the University of Malta, ISIC Card holders, ICOM Card holders, and EURO<26 Card holders; and 12 Euros for children ages 6 to 11. Children of the age of 5 and below are not admitted.

Due to the site’s age, and to ensure that it is well conserved, visits to the Hypogeum of Hal Saflieni is limited to only 80 visitors per day. As such, it is advisable to book tours in advance. For bookings, log on to http://www.heritagemalta.org/hmshop/hmshop.html. For inquiries, email them at hypogeum@gov.mt. 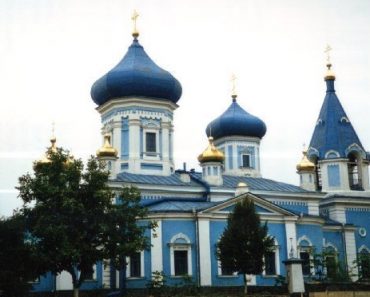