There are numerous tourist attractions at Innsbruck. While Vienna is the city most of the tourists go to, this is something worth checking out as well. 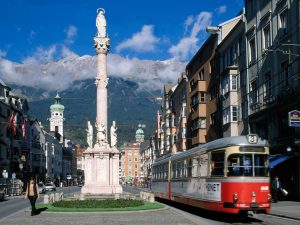 The city is the capital of Tyrol. It is not far from northern Italy and near to Munich. Those in London, Frankfurt, Amsterdam and other European cities can fly to the city. You can also get there via a bus or car.

The Hofkirche contains the tomb of emperor Maximilian I. There are also several life size bronzes of the other royalties there. Other important cathedrals and churches are the Cathedral at Saint Jacob and the Wiltener Basilika. Also worth visiting and examining is the Stift Wilten monastery.

One of the most notable castles is the Schloss Ambras. The castle has a garden, armor collection and other artifacts. You may also want to visit the Bergiselschanze building. Some of the most popular memorials are the Goldenes Dachl, Annasaule and Triumphpforte.

The latter is one of the most popular tourist attractions at Innsbruck. The Alpenzoo is known for its alpine animals. The largest collection of alpine fish species can be seem there.

It was in 1429 when the city was declared the capital of Tyrol. By the 15th century, it had become the center of European culture and politics. After Maximilian I set his court in the city, several of the edifices and complexes we see today were built. The popularity of the city continued to the present day.

The city has been the host of the Winter Olympics twice, in 1964 and 1976. The World University Games were also held there in 2006. It was also the site of the EURO 2008 European Football Championship games. It is also recognized for its alpine sports.

The fares for bus line F that go to the city is 1.80 Euros. If you are traveling by train, check out the discount cards offered by the railway companies. These can save you a lot of money. The Hofkirche entrance fee is only 3 Euros.

The Alpinist Association Museum, the Anatomical Museum and the Bell Museum are some of the most visited in the country. Other interesting landmarks are the Hofburg, the Kaiserjagermuseum and the Maximilianeum Goldenes Dach.

One of the tourist attractions at Innsbruck is the Riesenrundgemalde, a painting of the Bergisel battle. Some of the more impressive squares and parks are the Maria-Theresien-Strabe, Herzog-Friedrich and Sparkassenplatz.