The Istana Nurul Iman is the official residence of the Sultan of Brunei. It is also the seat of government. Upon its completion it became the largest palace in the world.

The palace can be found along the banks of the Brunei River. It is a few kilometers to the south of the capital city Bandar Seri Begawan.

There are 5 swimming pools and a car garage. The palace is home to the Sultan’s car collection including 165 Rolls Royces and custom made Bentleys and Ferraris. The palace uses 18 elevators, 44 stairwells, 51,000 light bulbs and 564 chandeliers.

The name of the palace is Arabic for Palace of the Light of Faith. The palace was constructed by Leandro V. Locsin, a Filipino architect. The theme used were meant to highlight the Malay and Islamic influence of the country. The palace interior was created by Khuan Chew of Design Principal of KCA International. The same company designed the Burj Al Arab in Dubai.

The palace’s actual building was done by Ayala International. It was finished in 1984 at a cost of 400 million USD. The palace is open to the public during the yearly Hari Raya Aidilfitri Islamic celebration. During this three day event, over 100,000 people visit the palace.

Tours of the country almost always include a visit to the palace. A full day tour of the country costs 300 USD for a sngle person. Some travel packages offer lower rates for two people or more.

Although it is the official residence of the Sultan, it is also used for government functions. The audiences of the Sultan are taken to this place. All state functions are held here as well. The office of the prime minister is in the palace as well.

The Istana Nurul Iman is four times bigger than Buckingham Palace and is a true wonder. When you enter the palace, there will be guides to help you navigate the huge rooms. 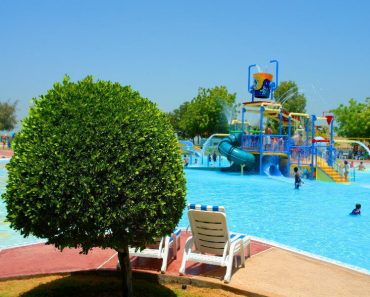