Known to be one of the oldest mosques in the world, the Jawatha Mosque in Al-Kilabiyah, Saudi Arabia was identified by the King Fahd University of Petroleum and Minerals as an Islamic holy place. This sacred spot is an attraction found approximately 12 kilometers away from Hofuf in Al-Ahsa, the country’s major urban center. To get to this site, tourists should take an international flight offered by various airlines, like Air India, Air Arabia and Gulf Air, to the King Fahd International airport in the city of Damnam. From this location, they could take a local flight or an air charter service to Al Hasa Airport since it is the nearest to Al-Kilabiyah. As they reach the Al Hasa, they could rent a car or ride in a taxi and ask the driver to take them to this tourist site. 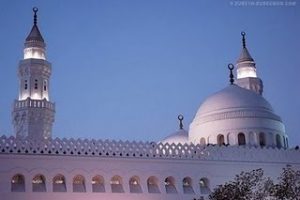 Even if the original structure of Jawatha Mosque in Al-Kilabiyah-Saudi Arabia was lost through time, visitors can still see ruins as well as five arches that were constructed during the ninth century. Many Islam believers still go to this place occasionally to pray and to worship their god. According to anthropologists who have examined this site, it was established under the leadership of the Bani Abdul Qais tribe in 629. In addition, there is a legend among the people in the country that the stolen Black Stone which was preserved in Mecca where kept at this site for more than two decades.

For travelers who want to have a solemn time and see Jawatha Mosque in Al-Kilabiyah-Saudi Arabia, they should allocate around 1,500 U.S. dollars for their transportation, depending on their location. However, the place can be visited free of charge, but it is important that they inquire about the dates when it is open to public. When it comes to accommodations, budget tourists have nothing to be bothered of because there are budget hotels nearby where they can sleep comfortably. The rates per person a night usually range between 100 150 U.S. dollars. However, if they are in search for luxurious accommodations, they need to allocate around 200 to 300 U.S. dollars a night.

Visiting this tourist site can be relaxing and comforting. Additionally, it offers an ambiance that is suitable for those who are interested in the history, traditions and beliefs of Islam. As a word of caution, it is recommended to seek the opinion of those who have been to the place for new travelers to be more acquainted with the mosque.