The various Jonava tourist attractions have kept local and foreign visitors coming to this city. The ninth biggest city in Lithuania, it is a place teeming with interesting landmarks and sites. 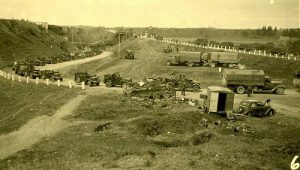 The city is in the Kaunas County. This is at the center of the country about 19 miles (30 km) to the northeast of Kaunas. The city is by the Neris River banks.

One of the main Jonava tourist attractions is the Skaruliai Church. The church is one of the most beautiful in the country. It features Gothic and Lithuanian art. Touches of Renaissance architecture can be seen as well. The city is also known for its numerous 18th century art.

The earliest mention of Lithuania is in 1009, but it may have existed much earlier. The Baltic people known as the Lithuanians would take over the lands in the 10th century.

The 13th century saw the emergence of the Lithuanian Kingdom. The Grand Duchy would go on to become a warrior state. It would be one of the final areas in Europe to be converted to Christianity.

The 15th century saw Lithuania turn into the biggest European state. This became possible through their conquest of East Slav. As Lithuania became Christian, it would result in the Polish–Lithuanian Commonwealth. This emerged in 1569.

Following the demise of the Commonwealth, Lithuania would be conquered by the Russian Empire. The country would proclaim its independence on February 16, 1918. During World War II, the country was taken over by the Soviet Union.

A trip to Lithuania will cost around for a few hundred dollars or so. There are also guided tours to the country that cost about 1700 USD or more.

Jonava tourist attractions are numerous indeed, but probably its biggest charm is its having retained its old world charm. In spite of the passage of time, the city has managed to keep its identity.