The tourist attractions at Kairouan make it one of the most interesting cities in Tunisia. Known as the Islamic Cultural Capital, it is inscribed in the UNESCO World Heritage List. 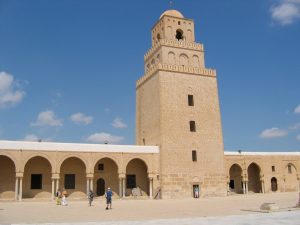 The city is located in Tunisia at the Governorate that bears in name. You can get to the city via buses from Sfax, Sousse and Tunis.

The Great Mosque is probably the biggest attraction here. It is one of the most outstanding mosques in the world in terms of design. You can view the interior (except the prayer hall). The lovely courtyard is also open to everyone. There is also the Mosque of the Three Doors, which is also noteworthy due to its facade.

The Medressas are also some of the tourist attractions at Kairouan. These are Islamic schools in the center of the city. The Bi’r Barouta is a well said to be the spot where the city was established. It is a holy site.

The city is also known for the Aghlabid basins water reservoirs and the Mosque of Ansar. This was originally built in 667. But it was rebuilt completely in 1650.

The city was established in 670. The founder was Arab general Uqba ibn Nafi of Amir Muauia. He chose an area of the forest for a military outpost. After several years of bloody struggle, the Berbers were conquered and converted to Islam. In the year 745, the Kharijite Berbers took Kairouan. By this period, the city had already prospered.

The struggle for control of the city continued until the 8th century. Eventually Emirs took control of the city. Under their rule, the city flourished. The city became the capital and became known for its wealth and beauty. It would go on to symbolize the Tunisian Golden Age.

A guided tour of the city will cost around 500 to 600 dollars per person. However, there are several tour packages available on the Web, and their prices will vary.

The city was used in the film Raiders of the Lost Ark. If you have seen the film, this city will look very familiar. While in the city, you can also go shopping for some carpets. Their silk carpets are among the finest in the world.

When visiting the tourist attractions at Kairouan, do not forget to try out makrouhd. It is a tasty pastry that you will find everywhere. If you drop by the Main Gate, you will see several Tea Houses. 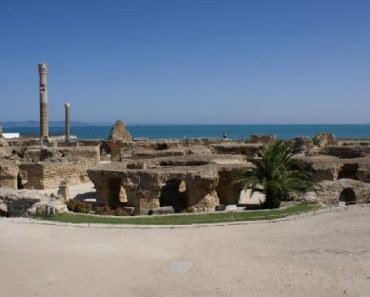