Kumanovo – Macedonia is comes in next to Skopje, the country’s capital city, in terms of size. It is municipal seat of the Municipality of Kumanovo, the largest municipality of Macedonia. 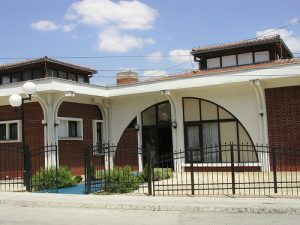 Kumanovo – Macedonia is located northeast of the country, approximately thirty-five kilometers off the capital city of Skopje.

If you are flying in to Kumanovo – Macedonia, the closest airport to the city is the international airport located in Skopje. From the airport, you can take a taxi to get to the Kumanovo city centre.

You may also get a car hire service to reach Kumanovo. There are major road links from Serbia to Greece as well as from Bulgaria to Albania that can get you to your destination.

To view some of the city’s landmarks, historical structures and monuments; head down to Kumanovo Central Square. Here, you can see Napredok, an old movie theater that was built around the start of the twentieth century.

A monument in honor of the town’s renowned mythical character, Brother George, stands just in front of the old cinema. Brother George actually became famous for his reputation as someone who drinks too much alcohol and an all-around ladies’ man.

There are also several historical churches around Kumanovo – Macedonia. The Church of St. George was first built some time in 1071 and underwent reconstruction between the years 1313 and 1318 under the reign of Serbian King, Stefan Milutin.

Kumanovo – Macedonia covers an area of approximately 509.48 square kilometers or around 196.7 square miles. It has an estimated population of a little over one hundred thousand inhabitants.

It is said that the city’s name takes its roots from the period of the Cuman invasion some time in the twelfth century.

An anti-fascist revolution by the Macedonians in the year 1941 gained for the people their social and national freedom. Around 1946, the city started to progress towards cultural and economic development.

Today, Kumanovo is a thriving city that continues to expand both as an economic and tourism center of the country.

Accommodations around Kumanovo – Macedonia are roughly around 25 Euros for a single room, per night while double rooms start at 35 Euros. Room rates are usually inclusive of free breakfast.

There are several shops within the city that carry global as well as local brands. For souvenirs, there are souvenir shops located around the Kumanovo Central Square.