La Condamine – Monaco is a shopping haven with hundreds of various shops spread out all over the ward. After an enjoyable holiday in nearby Monte Carlo, travelers often make a quick stop here to do a bit of shopping. 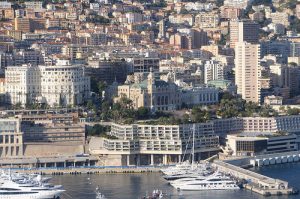 La Condamine – Monaco lies along the port of Monaco.

From Monte Carlo, you can easily walk to La Condamine – Monaco. Monaco being such a small place, the best way to explore the area is on foot.

While you may also take a car hire service right from the airport to drive to La Condamine, you will probably spend more time trying to look for a parking space than exploring the sights.

Being the playground of the rich and famous, Monaco; you will find that La Condamine – Monaco quite emphasizes this fact even further. The harbor here is adorned with luxurious yachts, foremost of which is that which belongs to the Prince of Monaco; usually docked at La Condamine’s Port of Hercules.

Shopping, as mentioned above, is tops here. There are more than two hundred shops scattered all over La Condamine where you can find everything; from fresh produce to small knick-knacks, clothes to shoes and accessories plus a whole slew of other items.

Part of the Formula One Grand Prix also runs through La Condamine.

It is said that the name has its roots from the Middle Ages which translates to “cultivable land” located by the foot of a castle, town or village.

La Condamine – Monaco today is an important business district in the principality.

Monaco is one of the safest places that you can visit. Crime rate is very low if not altogether non-existent. The people here are very warm and friendly and you will find that it is very easy to engage them in conversation.