La Cortinada in Valira del Nord Valley is one of those places in Andorra you shouldn’t miss out on. Its many attractions, however, prove that it is one of the country’s best tourist sites.

The village is situated between the villages of Ansalonga and Arans. It is at the Ordino parish. You can get to Ordino via route CG3. Head northward to La Masana. This is 9 km to the north of Andorra La Vella.

This village is renowned for its tobacco. Fields of it surround the La Cortinada in Valira del Nord Valley. Another popular tourist attraction is the church Sant Martí de la Cortinada.

Ordino is also known for its snow. For this reason, it can be a good place to go skiing. The conditions are ideal for beginners. 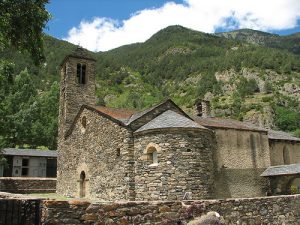 Andorra was under French rule from the late 1200s up to the year 1994. The setup was such that they were ruled by the Spanish bishop of Urgel and French chief of state. The system was altered in 1993. The titular heads have been kept, but the mode of government is parliamentary democracy.

For several years, the country suffered from poverty. But since 1945, the nation has made significant economic progress. This became possible mainly due to tourism.

Accommodation costs are about 20 Euros daily. However, it will go up if you travel across the country. A tour usually costs 2 Euros. This will come with a guide. You will also see some of the other attractions at the site.

Ordino has other attractions. These include the Church of Sant Corneli and Sant Cebria. This church was designed around the medieval age. It underwent significant renovations during the 17th and 19th centuries. This can be found at the town square.

Ordino has a top notch transport system. This makes it easy to come and go to the capital and other cities. Families going to Ordino can also avail of its child care facilities.

The La Cortinada in Valira del Nord Valley has many other landmarks. The Mill wheel of Mas d’en Sole was used for chopping up planks. You can find it in the village.